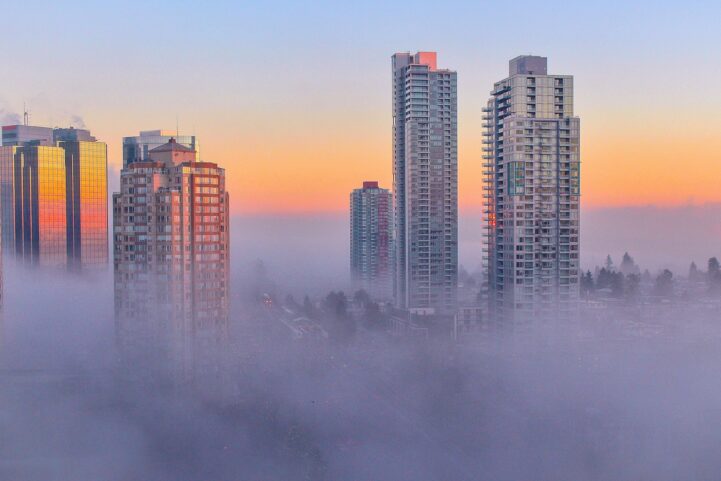 Canadian real estate is going to have mortgage capital throttled, and it may have a serious impact on capital flows. Numbers sent to us from the Bank of Canada (BoC) give us one of the most comprehensive looks at mortgage borrowing behaviour. Borrowing the absolute maximum, is one of the most popular strategies homebuyers in Canada use. This means new mortgage stress testing is going to have a huge impact on the way buyers shop for homes.

Stress testing ensures that buyers can continue to pay their mortgages, even if their interest rate continues to rise. Lenders do this by testing your ability to pay your contract rate, if it was at least 200 bps (a.k.a. 2 percentage points) higher, or the BoC rate – whichever is greater. High-ratio borrowers, who put between 5% up to 20% down, were subject to these rules starting October 17, 2016. Starting this year, low-ratio borrowers, those that leave more than 20% as down payment, now get a stress test as well. Stress testing is a simple process, but will have huge consequences on the Canadian real estate market.

If you already know what stress testing is, feel free to skip this paragraph. For those that don’t know, we’ll run through a quick example. Let’s say you made $100,000 per year, and you found a great 5 year fixed rate of 2.84%. Under normal borrowing circumstances, you would be able to borrow ~$675,000 for a home. Under a stress test, the lender would calculate your maximum borrowing room at 4.99% today. This would reduce the maximum you can borrow to $522,000 – a reduction of 22.66%. Over that past few months we’ve heard lenders and agents say the new stress tests won’t be an issue because most people don’t borrow the maximum. However, those lenders and agents didn’t have access to the BoC’s data to analyze the whole mortgage market. Now that we have access, we can see people do borrow the maximum, so it likely will be an issue.

Over 22% of High-Ratio Borrowers Leave The Minimum Downpayment

Now we know high-ratio mortgage borrowers typically do borrow the absolute maximum they can borrow. In 2014, the BoC found that 22.27% of borrowers, were high-ratio borrowers that had a loan-to-value (LTV) ratio of 95%. This means they put the least amount of money (5%) they could possibly put down, in order to buy a home. The second most popular downpayment for this segment of borrower was a 90% LTV ratio, meaning the borrower put 10% down. However, only 5.85% of borrowers did that in 2014. This trend tapered in 2016, once the mortgage stress tests were live.

Low-ratio mortgages, those with 20% or more as a downpayment, increased significantly during this period. Despite higher down payments, these borrowers still prefered to max out their borrowing room. In 2014, 20.05% of mortgages in the data set had a LTV ratio of 80%, meaning they put exactly 20% down. By 2016, borrowers with LTV ratios of 80% saw a rise to  23% of borrows. Starting in 2017, these mortgages will now be stress tested in a similar method to high-ratio mortgages. BoC estimates this will lead to a reduction of $15 billion in mortgage lending activity.

More than 40% of mortgage borrowers pushed their personal limits to buy a home. The impact of stress tests might be much more significant than previously anticipated. Liquidity is going to be drastically reduced on the higher end of buying power, which will drag the median purchase price lower. Good news if you have a lower priced property, as there will likely be more competition. Bad news if you have a higher priced property, since your qualified buyer pool just shrunk… by quite a bit.