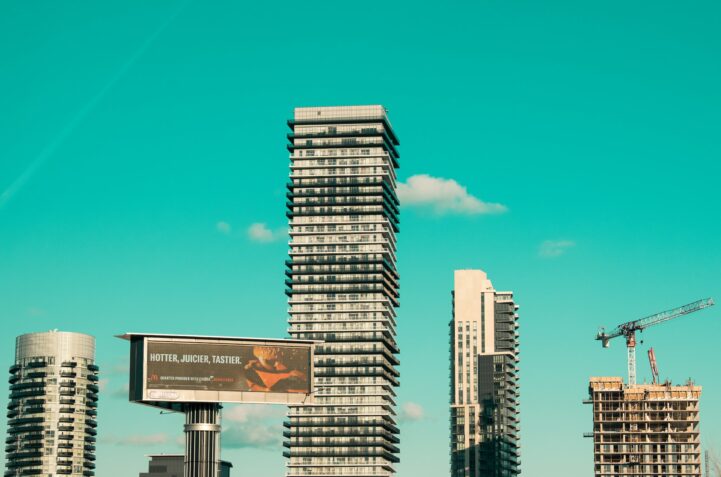 One of the world’s largest credit rating agencies doubled down on its Canadian home price forecast. Moody’s Analytics sent clients its September update on Canadian real estate prices. The forecast reiterates they expect price declines to begin towards the end of this year. The report also names impacted cities this time, with Toronto expected to be a leader lower.

A quick note on reading Moody’s charts, which includes “forecast vintages.” If you’ve only looked at consumer forecasts, these might be new. They’re scenarios that vary depending on the forecasting model’s inputs. Instead of giving a forecast like, “prices will drop x%,” they give a range based on factors. These factors are fundamentals that have typically supported prices.

The Moody’s forecast shows vintages as baseline, S1, S3, and S4. The September baseline is the scenario they believe has the highest probability. The S1 is what happens if indicators are better than expected. This would mean unemployment drops fast, and disposable income doesn’t fall much. The S3 is what happens if fundamentals are worse than expected. S4 is the worst scenario that can unfold in a reasonable amount of time. Abrupt scenarios and black swans can still be worse. It’s just those are outside of the range of reasonable expectations.

Moody’s previous forecast didn’t expect the market to show signs of weakness until Q3, and they’re doubling down. The report’s economist expects stimulus, mortgage deferrals, and interest rates to contain damage until Q3. They expect by Q3, the optimism of those programs will begin to wear thin. The reality of how meaningful the improvements are, should be apparent by then. The optimism should then fade. It’s at this point they believe prices can no longer defy employment, vacancy, and delinquency rates.

The firm expects all scenarios to show a drop in the near future, but how much depends on fundamentals. In the September baseline, the firm’s economist is forecasting a ~7% decline at the national level. This scenario expects unemployment at 8.56%, and a 2% drop of disposable income next year. Since the rise in disposable income was due to temporary supports, the fall is expected.

In the other scenarios, things vary from a brief drop to a very deep, multi-year decline. In the S1 scenario, there’s only a brief dip in Q1, before prices rocket even faster and higher. In S3, a slightly worse than base case, prices fall about 15%, taking them back to 2016 levels. In S4, if disposable income, GDP, and/or unemployment worsen,  prices drop about 22%, back to 2015 levels. Of course, this trend isn’t evenly distributed across Canada. However, it’s also not distributed how most might expect.

Prairie Cities and Toronto Real Estate To Lead The Declines

The base case sees Prairie cities and Toronto real estate leading price declines. Calgary, Edmonton, and Regina lead the drop, with a peak-to-trough decline between 9 to 10%. This is a trend already apparent in the regions’ condo markets. Toronto, a little more unexpected, is forecasted to see a 9% price drop, from peak to trough. Vancouver’s drop is forecasted below the national average, with an average decline of almost 7%. The last market is interesting, since other organizations gave Vancouver much worse forecasts.

The base case for Toronto expects an uneven decline, with some regions harder hit. The drop across Toronto CMA is expected to be about 9%, from peak to trough. Pickering should see smaller declines, but experience minimal growth through 2025. Markham is the most surprising though, not expected to hit 2017 highs by 2025. The trend here appears to be regions short on space will recover the fastest. Although that is likely to depend on the type of housing as well.

The forecast notes pandemic uncertainty, and its potential to bring greater downside. As it gets colder, the potential of more indoor activity may lead to a second wave. The report’s economist believes this can bring even larger declines to prices. Shifting consumer behavior is also a wild card that can also push prices lower, as are any vaccine delays.