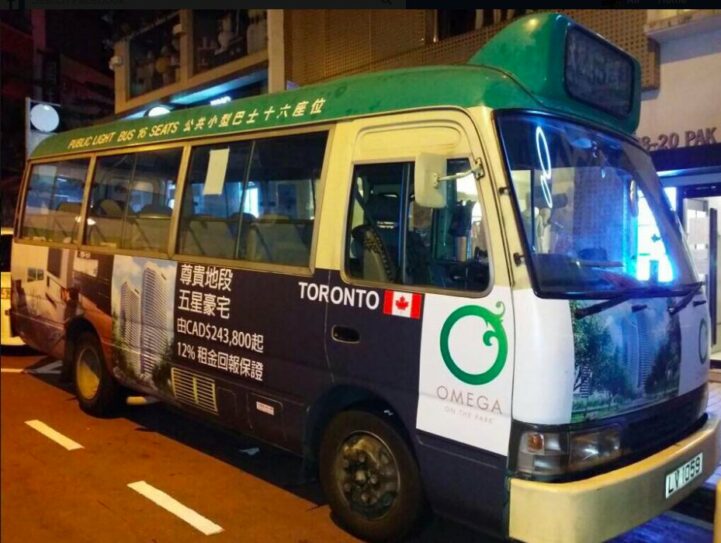 Increasing media coverage on Toronto and Vancouver’s potentially overheated real estate markets is giving investors pause. Add to this the fact that China’s stronger capital controls effectively killed Mainland Chinese investment overnight. What’s a developer to do? Looks like they’re finding Asian cities not bound by capital controls. Except if you’re not bound by capital controls, you can buy any investment vehicle in the world, especially if your region runs on a convertible currency. A condo in a potentially overheated market probably won’t outperform a NASDAQ stock, so you’ll need to sweeten the pot with incentives…big incentives.

Developers have been putting their marketing efforts in Hong Kong, and Taiwan. The two regions that have booming economies themselves, and aren’t subject to capital controls since…well, they’re not China. They speak a different language, and more importantly use currency that’s freely traded globally. However, since they’re not China there’s no pressing issue to move their money ahead of the unpegging of the yuan. So how do you compete with every other global investment vehicle? Vancouver locals on social media are finding incentives we’re finding hard to find domestically.

Vancouver natives have been complaining for years how difficult it is to buy into a condo pre-sale development. You line up, sometimes for days, for an “opportunity” to shell out hundreds of thousands of dollars for a condo. In an attempt to lure deep pocketed foreign buyers, rumor has it some developers may be rolling out pre-sales early in other countries.

One Vancouver-based developer may have tried to hold “information sessions” in Taiwan for a condo a full week before Canadian locals can attend. The information session to be held in Taiwan would offer details on how to buy into the development. A spokesperson for the developer claims it was simply a registration form being run by “a Taiwanese realty firm.” Outraged Vancouver residents have pointed out the contact information for the “Taiwanese realty firm” is the same as the developer’s Taipei, Taiwan office. Maybe they just share the same email address, phone number, and office space?

Reports of guaranteed income have been popping up, but I’ve never seen or been offered the opportunity to get into it myself. I always figured it was an urban legend in the real estate industry, possibly reserved for just a few people in the inner circle. Looks like the legend is real in Hong Kong, where Concord Pacific has been advertising it on the side of buses. Literally.

The developer was offering their Park Avenue West development in Metro Vancouver with a 12% rental yield. If you’re a Hong Kong buyer and you really had your heart set on buying in Toronto, they’re offering the same 12% rental yield at the Omega on The Park development in North Toronto. Personally, I’d be all over this deal. Heck, if you’re guaranteeing me 12% it essentially de-risks the property – I’d be in for whole floors. Unfortunately Concord Pacific still hasn’t gotten back to me on my request to find out if the offer was available domestically. Darn.

If developers are offering such strong incentives, personally I think that’s a sign of a weaker market on the horizon. In a hot market, you shouldn’t have to go abroad to find enough buyers to sell 80% of a condo in the allotted 9 months. If foreign buyers are still banging on the door to get into Canadian real estate, you also shouldn’t have to offer anything extra other than the prime investment opportunity.

Keep in mind, this could all be a misunderstanding. Even if it’s not, it doesn’t violate any Canadian rules. Canadian developers have no obligation to sell any units to Canadians, or even offer the same prices domestically. Current development financing rules only give developers less than a year to sell 80% of their inventory. If they can’t, their project could fall into financing jeopardy. Although one does wonder if the side of buses were offering guaranteed rental income, if Canadians would be jumping at the opportunity to buy.

Does an attempt at bringing in more foreign investment help or harm Canadian real estate? Leave your comments below.