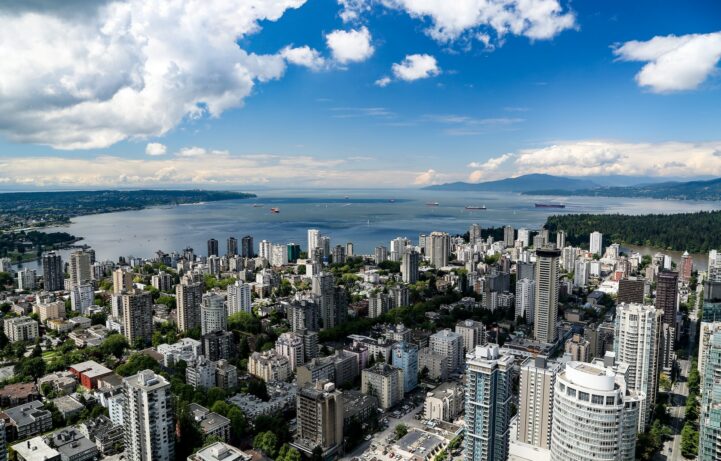 Greater Vancouver condo sales are up, but prices fell even further last month. Real Estate Board of Greater Vancouver (REBGV) numbers show a big jump in sales in July. However, the double digit jump in volume wasn’t quite enough to bring prices higher. The price of a typical condo continued to slide, falling to a nearly two year low.

The rate of growth is still trending lower, but walked higher last month. The 8.8% 12-month price decline in July is a slight improvement from the month before. However, a single month of improvement after 18 months of deceleration is far from a new trend. The price of a typical condo apartment is now down 9.15% from peak, and is the lowest it has been since September 2017.

The average sale price of a condo apartment is making a steep decline in Greater Vancouver. REBGV reported a board average of $654,692 in July, down 8.06% from the same month last year. This represents a decline of 12.86% compared to the peak average price hit January 2018. Worth a note is the average sale price for a condo has never dropped this much from peak.

Greater Vancouver condo sales are up, but fall short of typical volumes for the segment. REBGV reported 1,243 condo sales in July, up 32.09% from the month before. This represents an increase of 15.19% compared to last year. The month-over-month increase is unusual, with volumes typically falling from June to July. However, Toronto also made the same move last month.

Even with the significant increase in volume, condo sales were weak for the month. The 1,243 sales in July, is 15.32% lower than the 5-year median for the month. Big improvement in sales, with an unusual monthly climb, but not back to normal.

New listings for condo apartments in Greater Vancouver dropped. REBGV reported 2,181 new listings in July, up 3.80% from the month before. This represents a 2.76% decline compared to the same month last year. The drop had a minimal impact on the total number of units for sale – which surged higher.

The total number of condos for sale made a huge jump, despite the drop in new listings. REBGV reported 5,653 active listings in July, down 5.46% from the month before. The monthly decline wasn’t enough to make a big dent, with active listings still 42.78% higher than last year. Inventory for the month is the highest since 2015.

Improved sales led to an improvement in the sales to active listings ratio (SALR). REBGV reported SALR reached 22% in July, up from 19% during the same month last year. Generally speaking, the board considers a SALR of 20% and higher to be a seller’s market, where prices rise. When it’s below 12%, the market is said to be a buyer’s market, where prices fall. Anything in between 12% and 20% is balanced, whatever that means. Prices fell with the market moving from balanced to seller’s over the past year. So as you can see, it’s far from a perfect read on where prices are heading – especially in fast moving markets.

Vancouver condo sales are higher, but the prices are still falling. Sales may have improved from last year, but the market is still seeing far from typical volumes. Meanwhile, prices rolled back to 2017 levels, falling to a near technical correction.