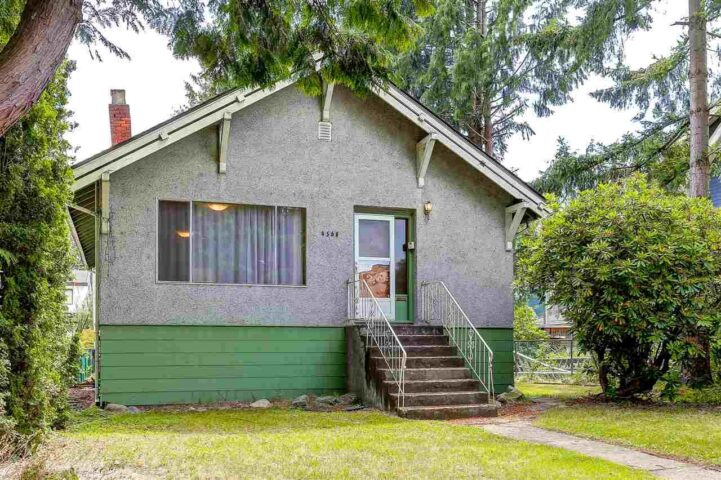 Vancouver Mayor Gregor Robertson, fresh from a 2 month vacation according to his office, held a press conference to announce a new empty home tax. The new tax would be in addition to the province’s new foreign buyer tax, and the increase in transfer taxes added just the month before.

Starting to sound like a lot of taxes? It is. To highlight just how much Vancouver doesn’t want foreign buyers, we thought we’d add it up. Since teardowns regularly run around $3 million dollars, let’s use this $3.688 million teardown as an example.

Oh yeah, we used a foreign buyer for this house because BC’s median income is the lowest in the country. The odds of a domestic buyer purchasing this place at even half the price isn’t realistic.

The new empty home tax was announced in a very authoritative sounding news conference. Unfortunately, it’s just another desperate political stunt. In order to be charged the tax, you must declare that your home is empty in writing.

Think about that for a second. Much of those empty homes are supposedly being purchased by foreign buyers from China. If they’re purchasing multi-million dollar homes, they need to lie to the Chinese government about exporting capital. Do you think they’re going to declare that it’s empty? Call us pessimistic, but we’re thinking no.
Empty Home Tax: $18,440 – 73,760

The foreign buyer was tacked on last minute to the plummeting demand for single family homes. This tax is just a straight 15% for anyone that’s not a permanent resident or citizen. Students, people visiting on work permits, and basically anyone else in Canada who isn’t Canadian are theoretically subject to this one.
Taxes From Foreign Buyer Tax: $553,200

Don’t worry, you were probably thinking, “Hey! Why doesn’t the fed get some of that money?” They still collect their standard 5% GST on that transaction. This little guy applies to anyone purchasing any house in BC.
Total GST = $184,400

Even at half the prices with no taxes, Vancouver real estate is likely out of reach for the majority of local residents. This does however highlight the desperation and lack of communication between multiple levels of government. They’re all executing plans four years too late, and the best plan they came up with was different kinds of taxes? Yikes. You might be thinking “great! make it harder for foreigners to buy here!” but what we really should be asking is, “what is our government doing with all that extra tax money they’re making from foreign buyers?” As far as I know there have been no plans to use it for affordable housing alternatives in Vancouver.