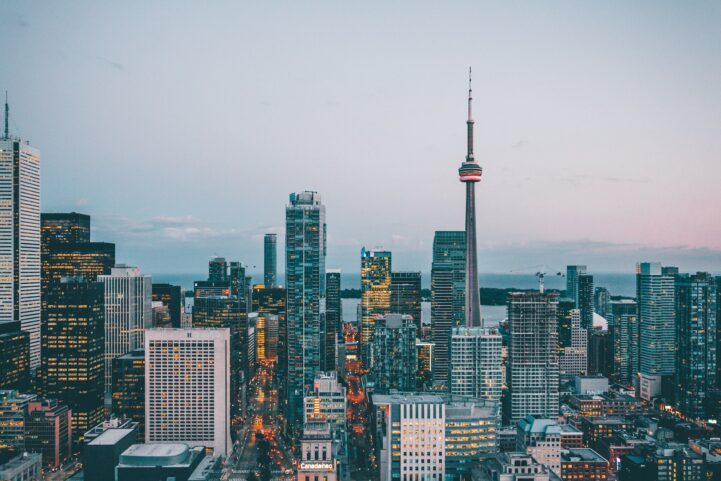 Toronto real estate buyers may be paying slightly more than last year, but there’s a lot less of them. Toronto Real Estate Board (TREB) numbers show November at a multi-year low for sales. Toronto’s sales low came with higher than average inventory, but prices still moved higher due to a condo apartments.

Bother the city and the suburbs experienced price growth acceleration. The 2.73% annual gain in TREB is higher than last  month, but prices are still 6.46% lower than last year. National Bank of Canada noted last month that due to the sharp drop last year, this year’s seasonal gain looks large. However, it’s just not falling as quickly, printing a small gain. We know, your agent said the benchmark decline is seasonal. Feel free to ask them if they know the benchmark is already seasonally adjusted.

The median sale price for Toronto real estate climbed as well. TREB reported a median sale price of $670,000 in November, up 4.68% from last year. The City of Toronto represented an increase of 6.34% from last year. The rise was due to sales of higher priced segments declining faster. Detached and townhome units experienced a larger drop than relatively “cheaper” condo apartments.

Sale of real estate fell across Greater Toronto, actually hitting a multi-year low. TREB reported 6,251 sales in November, down 15.22% from last year. The City of Toronto represented 2,563 of those sales, down 13.93% from last year. Remember, last November experienced a “rush” to buy ahead of new mortgage rules. Additionally, it was the fewest number of homes sold in November since 2012.

The number of new listings for home fell across Greater Toronto. TREB reported 10,534 new listings in November, down 26.58% from last year. The City of Toronto represented 3,892 of those new listings, down 20.26% from last year. Last year’s rush to buy a house was also met with a rush to sell homes, so this was largely expected.

Following a period of boom, it’s kind of hard to get a good read on where the market is heading. Prices are higher than last year, but they continue to drop from peak. The trend of lower than normal sales and higher than average inventory isn’t a positive. Most likely we won’t get a major move in either direction until we see an economic boom or bust.