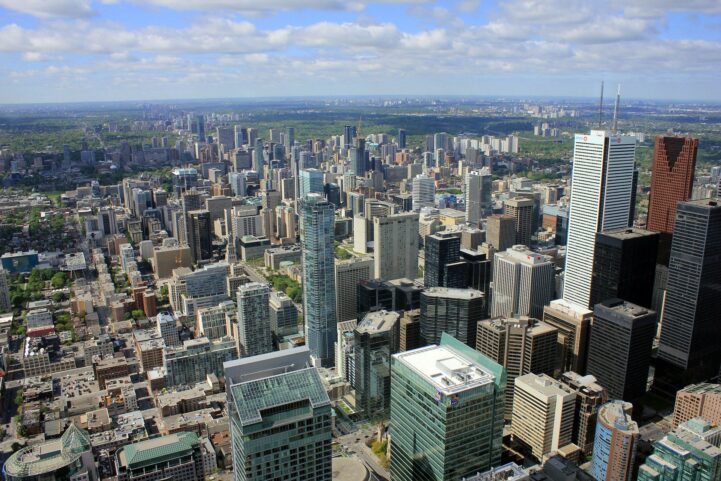 The sale price of a home is still higher than last year. TREB’s composite benchmark price, a.k.a. the price of a typical home, hit $751,700 across all regions in February. That’s up 1.14% from the month before, bringing the annual gain to 3.21%. The benchmark in the City of Toronto hit $807,500, a 1.67% increase from the month before. The annual increase in the City of Toronto is now 9.54%. These numbers were driven mostly by the condo market.

The benchmark price increased on the monthly numbers, but the 12 month trend is worth taking note of. The increase of 3.21% is down from peak growth of 31.26%, obtained less than a year ago. It’s also the lowest 12 month increase since May 2013. Balancing last year’s rise with a few months of below median growth would be the healthy thing for the market to do. Okay, maybe more than a few months would be needed.

Some people are old school, and aren’t into the board’s opaque benchmark, for them there’s the median price. TREB reported a median sale price of $656,000, an 8.25% decline from the year before. The City of Toronto had a median sale price of $650,000, a 6.82% increase from the year before. The shift to condo sales is the big influence here as well.

The average sale price continued its negative run, to the lowest level in years. TREB reported an average sale price of $767,818, a 12.35% decline compared to last year. This indicator is not useful for determining how much you should pay for a home. However, it’s great for determining dollar and upgrade flow. For example, typically when people sell their home, they make an upgrade buy as well. Declining dollar volumes can mean the seller had another home, are leaving the city, or they’re waiting to buy their next place. TREB’s own survey showed a significant number of sellers had no immediate plans to buy again, so this isn’t a surprise. The takeaway is buyers should be asking themselves, “what are sellers are waiting for?” If it’s an awesome time for you to buy their house, why isn’t it an awesome time for them to buy someone else’s?

Toronto real estate sales are declining, and fast. TREB reported 5,175 sales in February, a 35.43% decline, form the year before. Breaking that down, the suburbs (905) saw 3,162 sales, a 37.58% decline compared to the same month last year. The City of Toronto saw the other 2,013 sales, a 30.32% decline compared to last February. Declining sales aren’t a big issue by itself, since tight inventory can drop sales. Although that wasn’t the case this month.

Toronto Real Estate Listings Up Over 147%

There was significantly more Toronto real estate inventory. TREB reported 10,520 new listings, up 6.98% from the month before. This represents a 28.76% increase from last year. This is the 13th month new listings were greater than sales, resulting in higher inventory levels.

Active listings, the total available listings for sale, are starting to get high – even for February. TREB reported 13,362 active listings, up 12.34% from the month before. That adds up to a massive 147.44% increase compared to last year. For context, the median number of active listings for all months, over the past 2 years, is 12,926. Yes, last year did have a “shortage” of inventory, and an increase was expected. Yes, the amount of inventory is higher than normal however.

Toronto saw prices taper, as sales declined and inventory climbed. Worth noting that many mortgages approved before mandatory B-20 stress tests closed or expired at the end of February. This month we should start to see the impact of stress testing, and whether it will have a further impact on prices.