We take a look at Toronto real estate prices mapped by city ward and composite return on investment. It’s more interesting than it sounds. 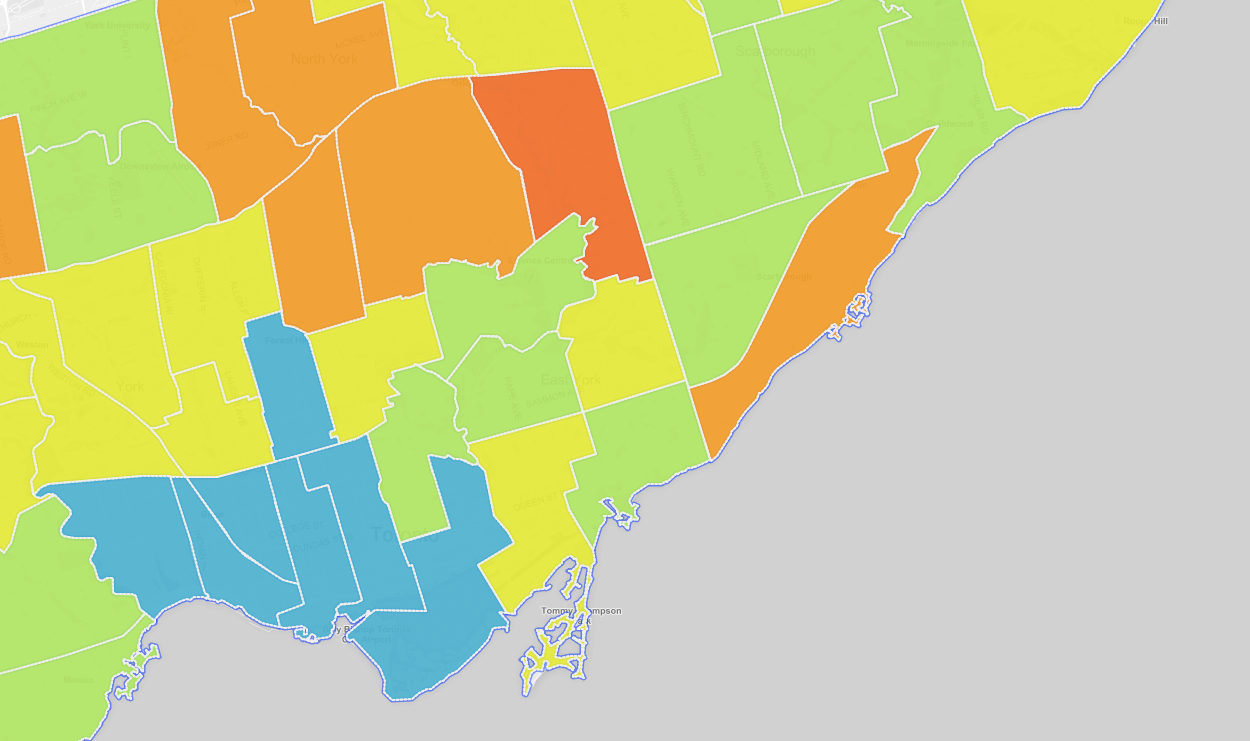 Looks like Toronto real estate buyers are suffering a little FOMO as prices increase a ridiculous amount from last May 2015 (which was already a record breaking month). On average the market produced a 10.6% increase across the composite (all housing types), which puts most of the Canadian stock market to shame. It’s no wonder Canadians consider their housing an investment instead of an asset, something international analysts are starting to consider a “uniqueness” of the Canadian market.

Decline In The Number of Sales of Real Estate

Toronto Real Estate Board president Mark Maclean announced that 12,870 home sales were reported through the their MLS system last month, a 6.4% decrease in sales from last year. He additionally added that the decline in listings was in the low-rise and condo-segments of the market. Interesting enough, RBC also gave a warning shot to the condo market, saying it has reached critical levels in both Toronto and Vancouver.

The lack of deals didn’t mean there were a lack of buyers. “There is no shortage of buyers in the marketplace today”, McLean added. “The shortage of listings…has resulted in strong upward pressure on home prices”. That upward pressure drove prices as high as 21% in the Don Valley East Neighborhood.

Cracks In The Market

What’s interesting is that buyers haven’t been deterred from purchasing, despite banks starting to position themselves for a Vancouver and Toronto real estate crash. Scotia Bank CEO Brain Porter is even saying “[Toronto and Vancouver’s housing] is not sustainable and I don’t think it is healthy”, shrinking the banks mortgage business by almost 40%, and increasing insurance on their mortgage portfolio by 20%.

So, are you waiting for a pull back in the market, or proceeding cautiously? Let us know in the comments.