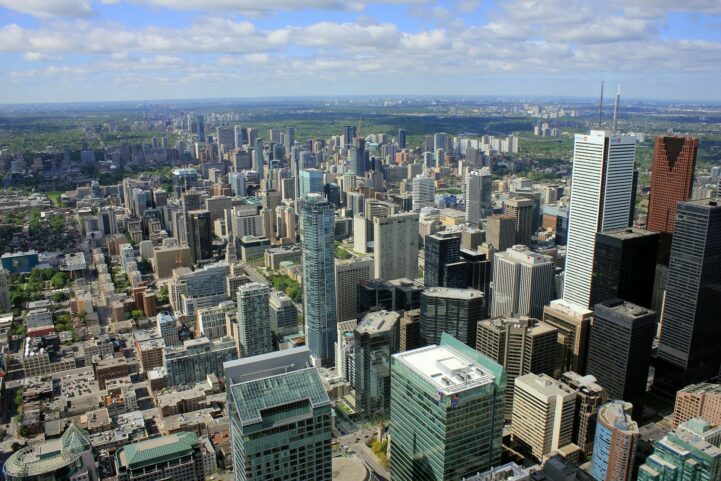 Toronto real estate is seeing lower sales, but that didn’t stop condo prices from moving higher. Toronto Real Estate Board (TREB) numbers show the price of condo reached a new all-time high in December. Rising prices in Toronto came with the fewest sales for the month since 2013.

Greater Toronto condo prices reached an all-time high, according to the “benchmark” index. TREB reported the price of a typical condo apt reached $509,700, up 8.96% from last year. The City of Toronto benchmark reached $541,000, up 10.21% from last year. A good portion of that increase was do to an abrupt increase in December. Note the last part, because we’ll come back to it.

The benchmark’s annual pace of growth is still very high, but is tapering. Both TREB’s annual growth of 8.96% and the City’s 10.21% are lower than the month before. That said, the growth rate is still very, very high. Between 2012 and 2016, inflation adjusted growth had only been between 0 and 6%. So we’re still running hot on in this segment.

Toronto condo sales made a huge decline, landing at a multi-year low for a December. TREB reported 1,185 sales in December, down 23.4% from last year. The City of Toronto represented 848 of those sales, down 23.9% from last year. December is usually a slow month, but this is the slowest December since 2013.

Toronto condo sales fell faster than inventory, sending the sale to active listings ratio (SALR) lower. The SALR across TREB reached 50.4 in December, down 15.23% from last year. The City of Toronto was higher at 56.45, but down 16.04% from last year. Both of these ratios are still very high, indicating strong demand relative to inventory. However, the declines in ratio explain why growth rate has been cut in more than half. Although once again, the growth rate is very high.

The ratio of condo sales to active listings in Toronto. The higher the ratio, the more pressure on prices to increase.

Toronto condo prices reached a new all-time high by benchmark, which uses quantitative and qualitative measures. However, more than half of condos are being sold at a significant discount to this number, as indicated by the median. Some condo agents argue the benchmark is slow to respond, which makes the abrupt monthly jump all the more interesting. If the average and median sale price have been slipping lower, is the bench jump the start of a new run, or a lagging statistical anomaly?