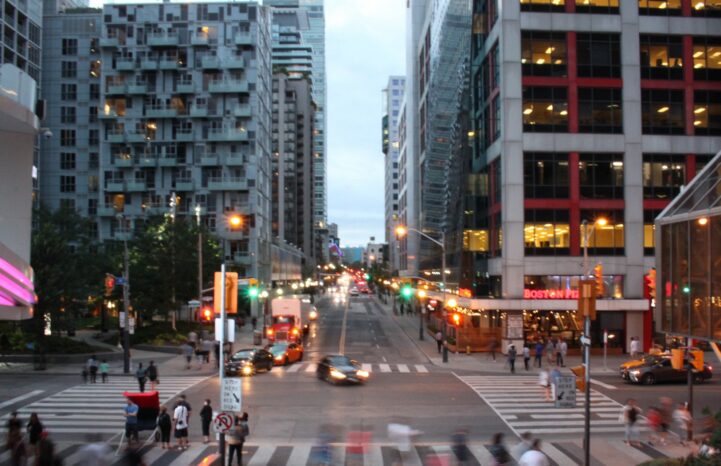 Toronto condo rentals are seeing the most inventory in recent memory. Toronto Regional Real Estate Board (TRREB) data prepared by Toronto Realtor Daniel Foch shows rental inventory is still much higher than usual in September. Meanwhile absorption is failing to keep up, potentially explaining the abrupt rise of condos for sale.

Toronto Condos For Rent Rise Over 96%

Toronto condo apartments for rent are swelling to an unusually high level for this time of year. There were 7,901 units for lease in September, up 96.4% from the same month last year. This is the biggest September for rental inventory in at least half a decade. As for bigger months, only July and August have had more, over the same time period.

The number of new listings for rental properties in Toronto per month.

Toronto is also seeing a big uptick in the number of units leased. There were 3,477 leases signed in September, up 44.9% from last year. This would make it the biggest September in the past half decade. However, the increase isn’t nearly as large as that seen in new listings. This sent absorption levels back lower, as landlords outpaced renters significantly.

The number of rental leases absorbed by the market.

Toronto condo rentals saw the rate of absorption make a sharp decline, after briefly picking up for a couple months. The rate fell to 44.0% in September, down from 59.7% last year. The drop reverses what looked like an improving trend. There’s only been two months lower than last month in the past half decade, and those were April and May of 2020, at the beginning of the pandemic.

The ratio of new rental listings to rental leases accepted.

Toronto’s soft rental inventory may be leading more people to sell instead. There were 5,621 new listings for condo apartments in September, up 77.5% from a year before. This is the most new listings in a single month for at least half a decade. When contrasted with new listening for rent, it appears to make a little more sense.

The number of new rental listings to new listings for sale.