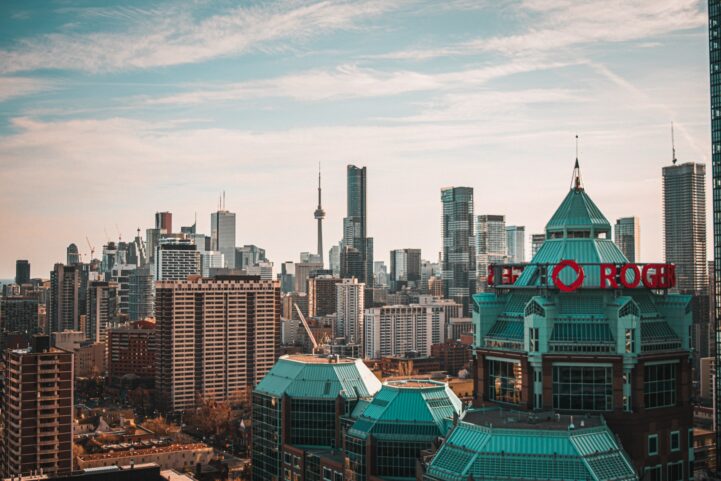 Greater Toronto’s condo market is booming, but prices slipped from all-time highs. Toronto Regional Real Estate Board (TRREB) data shows sales reached a multi year high for August. The rise in sales was nothing compared to the increase of inventory though. The rate at which inventory grew was 10x that of sales, knocking prices lower from all-time highs.

Toronto Condos Shave Off Over $12,000 Off Peak Prices

The benchmark, a.k.a. the typical price of a condo apartment is up significantly from last year. TRREB reported a benchmark price of $592,900 in August, up 8.91% from the same month last year. The City of Toronto benchmark is now $621,200, up 7.45% from last year. That’s large growth from last year, but if you’ve been following this market – it’s down and out of double digit growth.

The rate of growth has been experiencing a sharp deceleration since the start of the pandemic. Rates for both measures have  dropped since March, cutting off around half of all price growth. The price of a typical condo is now down $8,400 across TRREB, and $12,400 in the City of Toronto. Prices are still higher than last year, but they are coming down from the record high a few months ago.

The median sale price made a similar increase, but is a lot lower than the benchmark price. TRREB’s median sale price was $565,000 in August, up 8.65% from the same month last year. In the City of Toronto, it was $600,000, up 6.19% from last year. For those that need a refresher in median prices, that means half of all condo apartments were sold below those respective price points.

Greater Toronto Condo Sales Had The Biggest August Since 2016

August was one of the busiest for Greater Toronto condo sales in years. TRREB reported 2,286 sales in August, up 10.9% from the same month last year. The City of Toronto represented 1,536 of the sales, up 9.2% from last year. The number of sales across the region was the highest for August since 2016 – which is impressive. It’s a very different market this time though.

The number of condo apartments sold in the month of August, by year.

The rise in sales was nothing compared to the increase in condo apartment sellers. TRREB reported 5,599 new listings in August, up 104.26% from last year. The City of Toronto represented 4,153 of the new listings, up 117.09% from last year. In case you didn’t catch that, the vast majority of all listings were in the City. Since new listings increased at a rate nearly 10x of sales, there was a lot more inventory in total.

Active listings, or total inventory, doubled last year’s levels, reaching a multi-year high. TRREB reported 6,302 active condo apartment listings in August, up 103.62% from last year. The City of Toronto represented 4,564 of those listings, up 115.59% from last year. This is the highest level of condo inventory to hit the market since at least 2015.

Greater Toronto’s condo market has been extremely active, with sales surging to multi-year highs. Inventory is rising even faster though, going into a period where sales usually cool. This market needs to be understood in the context of pent-up demand.  The busy sales activity is attributed to the Spring market being delayed into the Summer. This is the same trend driving the detached market. However, condo apartments are seeing inventory rise even faster than sales, unlike detached units. This is removing a lot of the gas from rising prices.