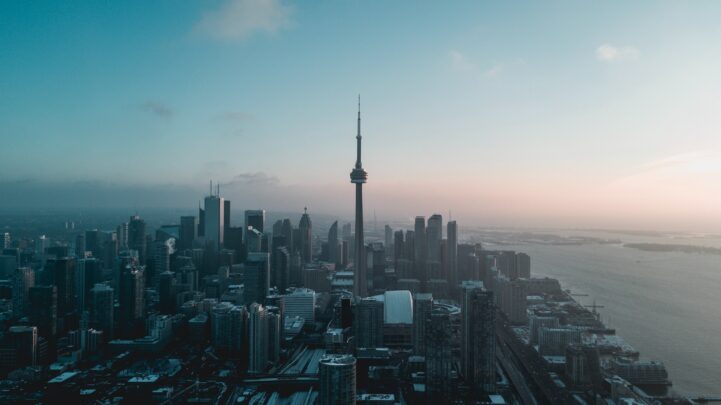 Toronto is seeing fewer condo buyers, but they’re willing to pay more. Toronto Real Estate Board (TREB) numbers show the benchmark price of a condo apartment reached a new all-time high in February. Record prices came as sales dropped, and inventory climbed to a multi-year high for the month.

Toronto condo apartment prices reached a new all-time high last month. TREB reported the benchmark reached $516,500 in February, up 7.92% from last year. The City of Toronto benchmark hit $549,000, up 8.7% from last year. Does that mean prices are going to rip higher this year? Not exactly.

The monthly price increase was one of the highest on record, but annual growth continues to taper. February saw prices jump 1.89% from the month before, the largest climb since February 2018. The annual pace of growth across TREB fell to 7.92% however, the lowest growth since June 2018. The City of Toronto’s 8.7% annual pace is also the lowest level seen since July 2016. These numbers are still huge growth, but getting smaller. February’s anomaly is likely attributed to the positive weight of winter adjustments to the benchmark. This would also explain why it’s the only price metric to print a record high.

The median condo sale price is showing much more conservative gains. TREB’s median sale prices reached $495,450 in February, up 6.54% from last year. The City of Toronto median condo sale price hit $540,000, up 6.93% from last year. The median is below the all-time high reached in May 2018. Yes, half all condos sold almost 5% below the price of a “typical” condo. Feel free to sit with that point for a few moments, before moving on.

Toronto Condo Inventory Rising Twice As Fast In The City

New listings for condos fell across Greater Toronto, but increased in the city. TREB reported 2,453 new listings in February, down 1.32% from last year. The City of Toronto represented 1,691 of those listings, up 0.23% from last year. More new listings than sales predictably led to a rise in total inventory for the month.

Active listings, the total number of condos listed for sale at month end, increased across the board. TREB reported 2,821 active listings in February, up 1.91% from last year. The City of Toronto represented 1,848 of those, up 4.58% from last year. Condo resale inventory is now at the highest levels in 3 years.

Toronto condo sales are dropping, and inventory is rising. In fact, new condo pre-sales are even suffering from poor absorption, but the low volumes of buyers sent the benchmark substantially higher. That said, the benchmark is no longer reflecting many of the other pricing indicators. A trend observed in Vancouver not too long ago, when agents began to notice it lagged up to 6 months from the actual trend.