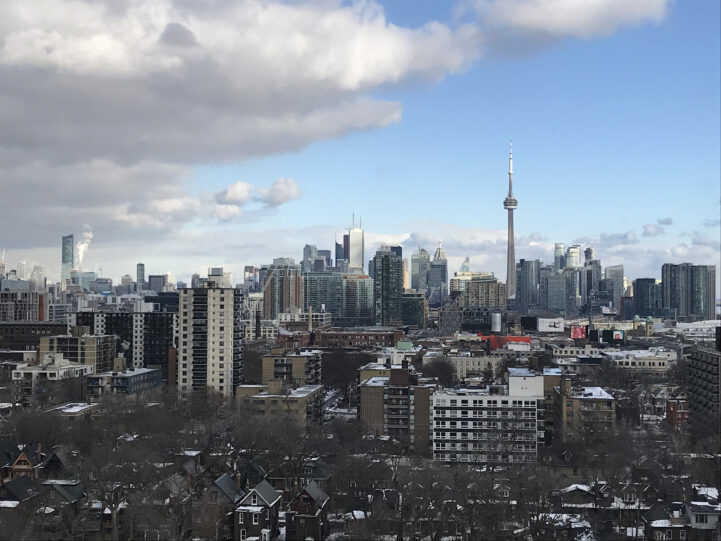 Toronto real estate is seeing more inventory, but that didn’t stop buyers from paying more. Toronto Real Estate Board (TREB) numbers show condos reached a new record for prices. Despite the increase, condos sales declined, and inventory continued to increase. Here’s what you need to know.

The massive price increase is “cooling,” but we use that term generously here. The 19.88% annual increase is tapering from an all-time reached in May 2017, when prices increased 30.5%. For context, the median annual increase since 2005 is only 4.99%. Double digit increases don’t exactly speak of a cold market, but expect price gains to continue trending lower. Typically a period of high growth should be balanced with a period of low growth. That would be the healthy thing for the market to do, and reduce that “exuberance” the CMHC is warning about.

More condos are being sold in higher price brackets, and less in the lower price ranges. The largest increase of sales occured in the $500,000 to $599,999 price range. The range saw 232 sales in January 2018, a 22.75% increase compared to the same month last year. The largest declining price segment was in the $400,000 to $499,999 range. This range saw 365 sales in January, a 39.86% increase from last year. Most of the sale declines are in the lowest price range, which makes sense. More sellers are trying to push the amount they can get for their home.

Inventory is higher than last year, but less new listings hit the market in January. TREB reported a total of 2,239 new condo listings, a 7.4% decline compared to last year. The City of Toronto proper saw 1,513 of those new listings, a 10.89% decline from the year before. The decline in new listings is only part of the story, however.

Regulatory pressure around uninsured mortgages and foreign income are expected to kick in soon. OSFI B-20 Guidelines went into effect January 1, 2018, capping the maximum borrowers can borrow by up to 20%. Many of January’s buyers would have had their mortgage approved before the rules. As the year progresses, expect the guidelines and stress tests to reduce that amount of available capital for buying. This reduction will remove upward pressure on prices, especially if inventory continues rise.

New foreign income regulations from one of Canada’s largest banks likely led to a temporary increase in buying. CIBC is discontinuing the Foreign Income Program as of February 1, 2018. The bank’s mortgage specialists were encouraged to close leads before the changes, increasing January’s sales. The Foreign Income Program will be replaced with a new program more in line with OSFI B-20 goals. The new program will make it much more difficult for those with foreign income to obtain a mortgage.

What does this mean? Many of January’s sales may have been borrowed from February.