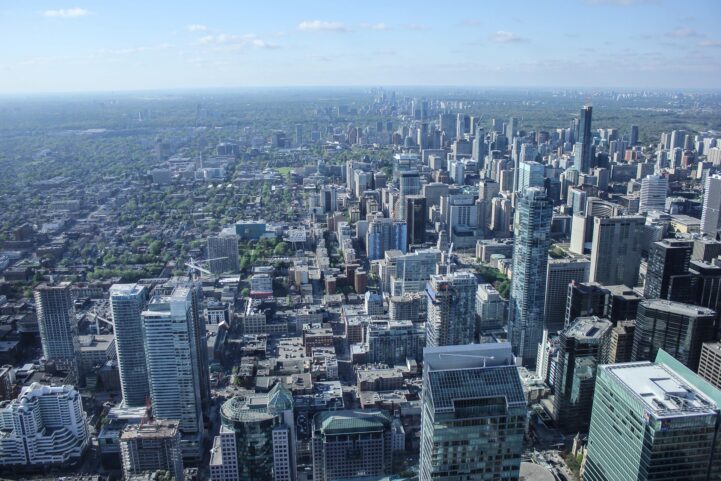 We’ve been putting in a lot of time studying Toronto real estate prices, and we started to get curious how rents relate to them. After all, buyers and renters must have a relationship, but there isn’t a lot of studies of the impact on rents. Going back to 1992, what we found was real estate prices and rents have an inverse relationship. That is, under normal market conditions.

Toronto real estate prices, and rentals share an inverse relationship for the most part. The greater the rise in home prices, the lower the rise in rents. The most obvious example on the chart is 1997, when home prices rose 6.64%, and rentals moved only 0.2%. In 1998, the trend has a sharp reversal, with rents jumping a massive 7.3%, and real estate just 2.6%. So under normal market mechanics, it’s a clear trend.

Note I said normal market mechanics, because there’s a pretty odd break in 2008. That was the year interest rates were aggressively slashed, and fueled cheap borrowing. 2013, the year they tried raising rates resulted in a slight dip. That trend reversed when they cut rates again shortly after. Interest rates then proceeded to drop to the lowest levels in history, pouring gas on scorching hot home prices to jumpstart the economy.

Since the trend was broken by interest rate manipulation, will rising rates cause rents to surge? The Financial Accountability Office of Ontario (FAO) is expecting rates to rise by year end, which is likely to kill soaring home prices. If rates are no longer at an artificially low level, rental rates should rise, at least according to historic trends.

Under normal circumstances, the market makes absolute sense. Prices rise until buyers can no longer support them, at which point buyers become renters. Likewise, when there’s a rush to rent, home prices fall and it becomes more attractive to buy. Fueling market manipulation with artificially low rates, has had peculiar consequences as more people that typically couldn’t afford a home can overnight. Will correcting this trend of super cycle buying result in a super cycle of rising rents?