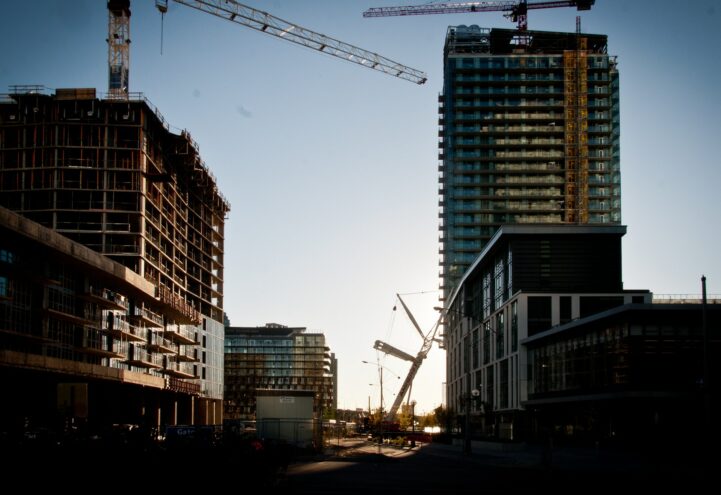 Greater Toronto new home prices are all over the place, with condos still rising. The benchmark price of a new single-family home reached $1,081,175, down 3.4% from last year. The condo apartment benchmark fell to $841,159, up 6.5% from last year. Single-family prices have been falling for two-years now. Condo apartment prices are showing smaller growth, but it’s still large.

Greater Toronto new home sales year to date (YTD), provides a little more context to these numbers. There were 24,410 new home sales YTD, up 43.3% from last year. However, the number is still 19.67% below the 5-year median sales volume for this period. It’s a big increase compared to last year, but still far below the typical volume for the period. This could indicate buyers from last year we’re delayed into a combined cohort this year. If that’s the case, a volume increase may not persist. It’s impossible to tell at this point if it’s a bump, or new trend.

Greater Toronto is experiencing strong inventory growth for new homes. There were 18,745 new homes for sale in September, up 13.4% from last year. This is a 34.4% increase compared to the same month last year. Sales increased faster than inventory causing a mild bump in relative demand.

The sales to active listings ratio (SALR) made a small increase. SNLR reached 16.3% in September, up from 12.52% last year. The market is a buyer’s market when the ratio falls below 12%, and prices are expected to fall. Above 20%, and the market is a seller’s market – where prices generally rise. Between 12% and 20%, the market is balanced – and priced right for demand at the time. The indicator needs to stay within a range for some time, for prices to respond to the demand level.

Greater Toronto’s new home market is improving, but there’s a lot of mixed signs. Single-family home prices are still falling, but the declines are getting smaller. Condo prices are rising, but the increases are decelerating. Sales made a very large increase, but most of the rise is in the suburbs, and has to do with the comparison period.