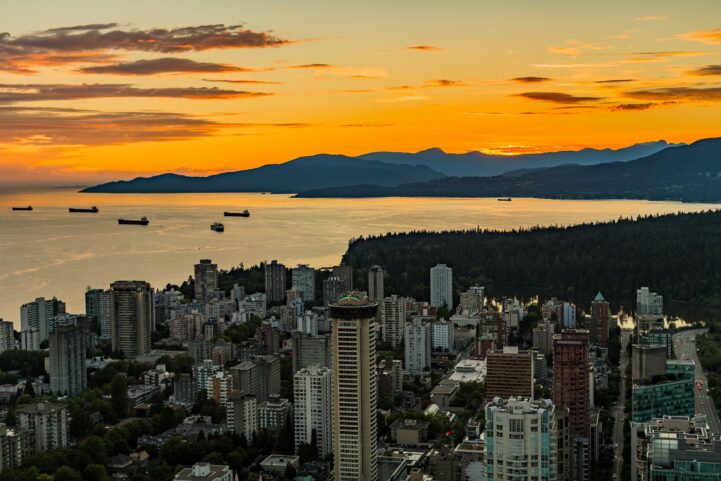 The Greater Vancouver condo market is seeing the return of buyers. Real Estate Board of Greater Vancouver (REBGV) data shows a big jump in sales for September. Despite the increase in sales, rising inventory helped to push prices even lower.

Greater Vancouver condo apartment prices are still falling, after peaking last year. The REBGV condo benchmark fell to $651,500 in September, down 6.5% from the year before. In the City of Vancouver, the Vancouver East benchmark fell to $548,300, down 7.9% over the same period. Vancouver West fell to $754,800, down 6.1% over the same period. Losses are now upwards of $67,500 from the peak, but they are getting smaller these days.

The rate of growth for the benchmark, or negative growth here, is improving. The size of the 12-month declines are smaller than they were in August. It’s now the smallest 12-month loss since April. That’s a very optimistic way of saying prices are still falling, they’re just not falling as fast. Prices are now back to the same level they were at two years prior.

Greater Vancouver condo apartment sales made a big climb from last year. REBGV reported 1,166 sales in September, up 4.48% from the month before. This represents an increase of 43.59% compared to the same month last year. The increase is large, but it’s also worth remembering last year was one of the slowest on record. Sales are actually still down 4.26% from the 5-year median volume for September. Big improvement from last year, but we’re only close to normal now.

The number of detached homes sold in the month of August, across Greater Vancouver.

New listings of condo apartments in Greater Vancouver fell, compared to last year. REBGV reported 2,261 new listings in September, up 28.24% from the month before. This represents a decline of 6.45% when compared to the same month last year. The monthly decline is seasonal, but the annual obviously isn’t.

Despite a drop in new listings, total inventory continues to rise. REBGV reported 5,323 active listings in September, up 1.02% from the month before. This represents an increase of 15.02%, compared to the same month last year. Even with the rise in sales and drop in new listings, the market is having a hard time taking out inventory.

Sales rising faster than inventory improved the sales to active listings ratio (SALR). REBGV’s condo SALR reached 21.9% in September, up from 17.6% during the same month last year. The market is a buyer’s market when the SALR is below 12%, and prices are expected to drop. The market is a seller’s market above 20%, and prices are expected to rise. Between 12% and 20%, and the market is considered balanced, and priced right. Of course, it needs to stay in this range for a few months to see an actual change.

Generally speaking, the condo apartment market is seeing improvements. Price losses are getting smaller, as sales rise towards more typical volumes. Inventory this time around is much higher than it was, over the past few years. This is helping to prevent a lot of upward pressure on prices.