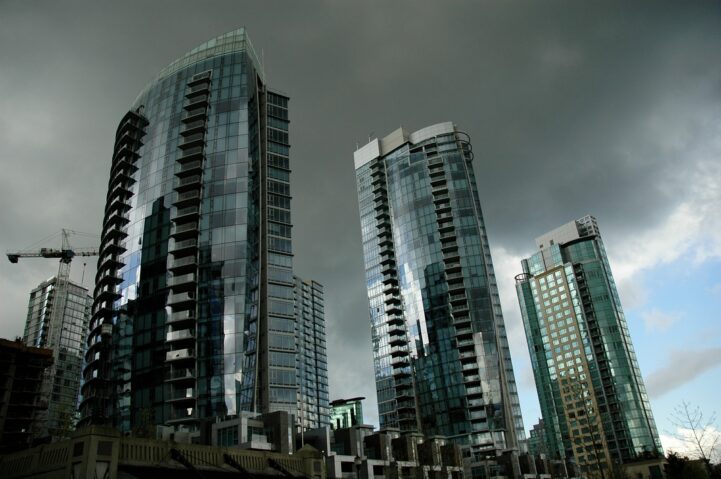 For better or worse, real estate is one of the most important drivers of the Canadian economy. Residential structure investment, the amount of capital deployed for building new housing, reached one of the highest ratios against Gross Domestic Product (GDP) ever. Great news for the housing industry, but a recession has always followed at this level.

Residential structure investment is how we measure economic activity related to building housing. This is the capital deployed in a quarter for new units being built, as well as major renovations. The cost of land is not included in this number, but permanently installed equipment, site preparation, and transfer costs such as commissions are. The final dollar amount deployed isn’t as important as the ratio in contrast to the rest of the economy.

That’s why comparing residential structure investment to GDP makes a lot more sense. Housing functions in a cycle, and always goes boom to bust as a result. When housing supply catches up to demand, the capital (both human and financial) needs to be reallocated. This period of adjustment is almost always inefficient, because… well, how do you take the massive number of people in the housing industry, and get them moving in another industry? It takes a few years, or housing demand needs to build up again. That said, let’s see how high these numbers are.

Residential structure investment reached a high for any fourth quarter. According to Statistics Canada, we saw $40.78 billion spent in the fourth quarter of 2017, an 8.42% increase compared to the same quarter last year. This is down from the all-time peak achieved in the second quarter of 2017. Once again, the dollar value isn’t important. Especially if the rest of the economy is expanding as quickly as the need to build housing. Unfortunately, that’s not the case.

Residential structure investment is a huge ratio to Canada’s Gross Domestic Product. The ratio reached 7.34% of GDP, the largest ratio for a Q4 ever observed. Looking at historic numbers, we haven’t seen this ratio pass 6.74% without a recession following. It’s pretty difficult to continue to devote this much GDP activity consistently, without exporting a product. Which is kind of what we’re doing with foreign buyers, so I guess the party can keep going for a little longer. Just not forever.

Devoting such a large amount of the economy to a single cyclical sector always results in a boom bust feel. We can delay the bust through various factors, but it doesn’t fix the misallocation, it only makes it worse.