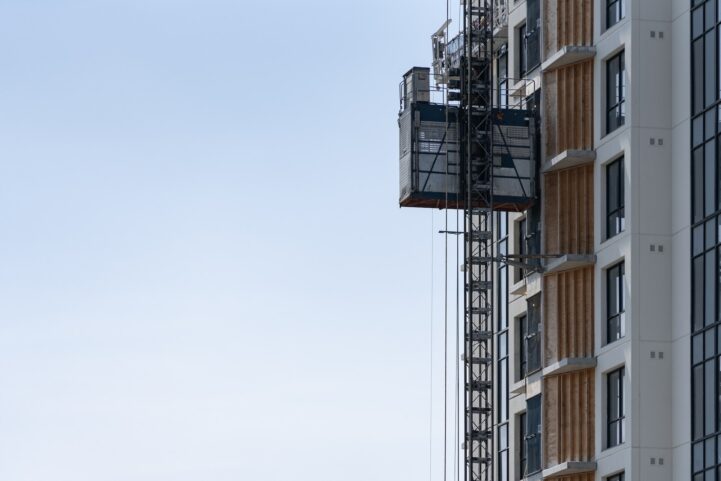 Canadian real estate developers are in a mad dash to build purpose built rental units these days. Canada Mortgage and Housing Corporation (CMHC) numbers show huge growth in rental units under construction in June. Canada hasn’t built this much rental stock at once in at least 30 years.

The number of rental units under construction in Canadian CMAs.

Canadians have never seen a growth rate for rental housing like the past few years. We see this number take off in 2014, after staying in range for years. The annual rate of growth hasn’t contracted since April 2014 either. This doesn’t just make it the most number of units under construction at the same time. It’s also the longest expansion of the rental market since at least 1990.

Toronto is one of the many markets in Canada building a record number of purpose built rental units. There were 7,869 units under construction in June, up 13.89% from the month before. This represents an increase of 14.91% when compared to last year. This is also a new record for the region, being the most number of units since at least 1990.

The number of rental units under construction in Toronto CMA.

Th rental supply is on top of condo apartments, which has been making up the gap. From this chart, we can see that purpose rental supply dried up at the bottom of the market in the mid-1990s. Then more recently it really took off in 2015. That conflicts with the current narrative of development taking off after rent controls were lifted. They were only lifted in November 2018. That would mean any rental units planned as a result still wouldn’t have started at this point. But like, totally don’t let data get in the way of a good narrative.

The number of rental units under construction in Vancouver CMA.

Rental construction started to climb right before prices took off in Greater Vancouver. In late 2015, we see a huge leap in the number of rental units begin construction. Weak absorption of condo pre-sales around 2012 most likely pushed developers to rentals. Now that absorption is falling once again, it wouldn’t be surprising to see more rentals planned.

Montreal is seeing its rental supply reach a level of construction not seen before. There were 15,445 rental units under construction in June, up 3.14% from last month. This represents a 30.36% increase compared to the same month last year. Montreal’s data only goes back to 1998, but it’s the most construction in the data set.

The number of rental units under construction in Montreal CMA.

Montreal has always been a renter city, but the number being built is higher than typical. Not unlike the rest of the market, this number begun to take off in 2015, and has remained elevated since. Despite the claimed shortage of apartments in Montreal, it may be more of an AirBNB issue. Rental buildings are turning into pseudo-hotels, with up to 2,000 units operating as full-time suites.

Canadian cities are about to get a whole lot of housing supply in the next few years. The record number of rentals is also being met with a record number of condos under construction. Great for households looking for a new place. Not so hot if you’re a negative cap rate condo speculator that was depending on a squeeze to push rents higher.