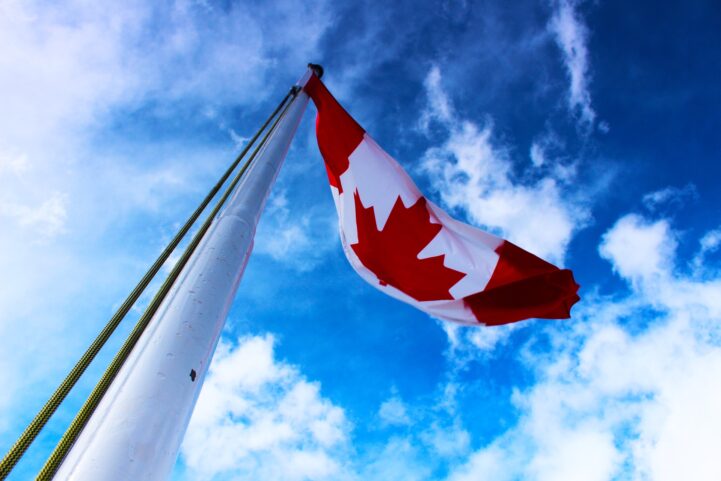 Yet another international organization is warning about Canada’s major debt problems, mostly tied to a housing addiction. The Bank for International Settlements (BIS), an international banking organization that serves as a bank for central banks, is flashing warning indicators for Canada. The warning signs mean that debt has reached critical levels, and will likely result in a financial crisis.

The credit-to-GDP gap has reached a critical level in Canada. The BIS defines this as the “difference of the credit-to-GDP ratio from its trend.” That’s bankster for “it compares credit consumption to the output of the economy.” If the level is too high, the amount of private credit is “unjustified.” The lower the number, the more credit can be “safely” consumed. BIS considers anything above 2 to be a strong gap, and anything above 10 to be a critical warning. Breaching 10 results in a banking crisis in two-thirds of economies, within three years.

Currently Canada is sitting at 14.1, the only G7 country to breach this level. China and Hong Kong are the only other countries that are higher. China is currently at 24.6, and Hong Kong is at 30.3. To contrast Australia is at -0.5, Germany is at -4.3, and the US is at -7.7. So we’re pretty far off the mark. Also worth noting that the BIS has also flagged Canada for a property price gap above critical level. This could complicate the credit-to-GDP gap even further. 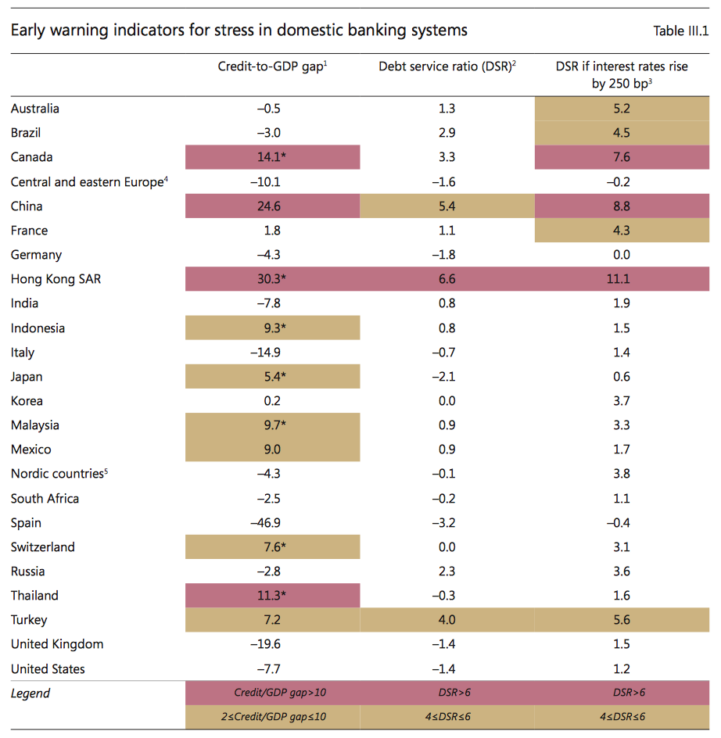 The debt service ratio (DSR) of three countries are throwing warning signs when interest rates return to normal. A DSR is a term economists use to determine the ratio of debt payments a country will be making, compared to the country’s export earnings. It covers principal and interest payments. If the level is too high, it makes it hard for an economy to grow. You know, since people are devoting a high amount of money to stuff they already bought.

BIS modeled a 250 basis point rise in interest rates, which would put Canada back to a “normal” level according to Canadian parliament. This modest increase would send three economies above the critical warning threshold – Hong Kong, China, and Canada. The DSR of those countries are modeled to be 11.1, 8.8, and 7.6. The organization claims that when this warning threshold is breached, two-thirds of countries face a banking crisis within two years.

Canada, China, and Hong Kong are the only economies that have issues with both their credit-to-GDP gap, and their debt-service-ratios if rates rise. China is actively trying to crackdown on high amounts of leverage, even at major financial institutions. Canada and Hong Kong, not so much. Two-thirds of countries experience a banking crisis, eh?