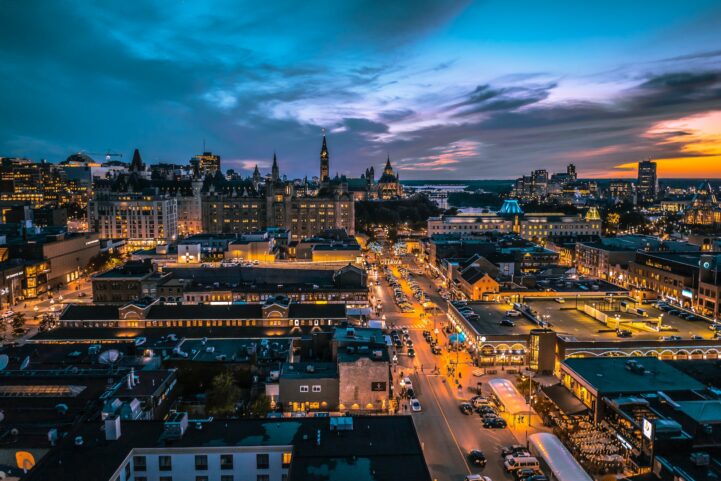 Canadian real estate demand slid last month, but a few markets bucked the trend. Canadian Real Estate Association (CREA) numbers show the sales to new listings ratio (SNLR) fell in May. The decline was most prominent in British Columbia real estate markets, which led the index lower. Markets east of Toronto are starting to warm up though, after lagging national price performance for years.

The sales to new listings ratio (SNLR) is one of the methods CREA uses to determine relative demand. They take the number of sales in a market, and divide it by the number of new listings. The ratio gives a picture of how quickly the market can absorb the inventory. The higher the ratio, the higher the relative demand for that market. The lower, the lower demand. Easy peasy. There’s some industry terms for each levels, that lead to market expectations as well.

Leading the way higher last month were Gatineau, Halifax, and Ottawa. Gatineau saw the SNLR reach 64.1% in May, up 11.4% from last year. Halifax followed with the second largest gain with an SNLR of 69.8%, up 8.5% from last year. Ottawa came in third with a ratio of 73.8%, up 6.6% from last year. Worth noting all of these markets underperformed the national price movement. They’re less scorching hot right now, than they are playing catch up.

British Columbia real estate markets saw the biggest shift in sentiment last month. Fraser Valley had the biggest drop with an SNLR of 44.9% in May, down 20% from last year. Vancouver followed with a ratio of 39.1%, down 18.6% compared to last year. Victoria came in third with a ratio of 57%, down 11.7% from last year. Of the 3, only Victoria underperformed the national index, and has done so for seven years. Vancouver and Fraser Valley outperformed in prices for the past 4 years.

Toronto real estate didn’t hit the top or bottom of movements this month, which is a good thing. Toronto saw the SNLR rise to 51.7% in May, an increase of 4.5% compared to the same month last year. The ratio is higher than last year, but still a massive 23.4% lower than the same month in 2017. Some improvement, but nowhere near the demand Greater Toronto is used to seeing.

Vancouver Real Estate Has The Lowest Relative Demand In Canada

Vancouver real estate didn’t just have one of the largest drops in the country, it also fell to the bottom of the charts. The SNLR of 39.1% in May is not only 18.6% lower than last year, it is also 39.5% lower than May 2017. The huge drop made it the lowest ratio in the country, and the only buyer’s market in Canada this past May.

Montreal real estate is seeing tight demand, which explains the recent price boom. The SNLR hit 72.7% in May, up 6.5% from the same month last year. This is an increase of 23.85% from May 2017. The tight inventory comes after underperforming the national price movement since 2005.

Calgary Real Estate Slips For A Third Year In A Row

Calgary real estate slipped even lower, but it wasn’t a huge movement compared to last year. The market’s SNLR fell to 48.9% in May, down 0.2% from the same month last year. It’s still 15.4% lower than May 2017, but there’s some stabilization in the market. Calgary real estate prices have been sliding since 2015 for context.

Generally speaking, Canadian real estate sales are slowing compared to inventory. This helps to slow price growth, and even lower prices in a few markets. Lenders have returned to flooding the market with cheap credit, which has had a minor impact. Most of the additional credit appears to be landing in markets that underperformed the national average over the past few years.