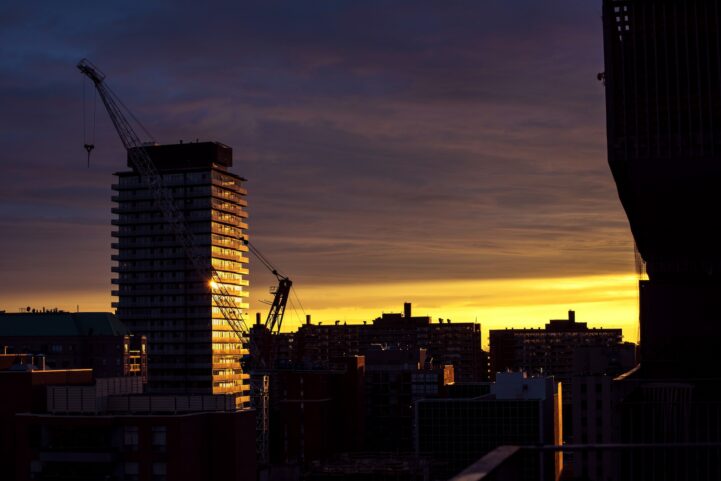 Canadian real estate prices have been fueled by a low interest rate environment, which is coming to an end. National Bank of Canada (NBC) economists are warning that raising rates at this point will severely impact homeowners. To illustrate how much more severe this change would be today, they’ve modeled how much additional income would be required to service higher rates. Historically, the consequences of rising rates across the country would be relatively small. Today, we’re looking at a huge changes in the country’s largest markets of Toronto and Vancouver.

One Percent Hike Would Deteriorate “Affordability” By 3.5%

The chart models the a 100 bps rise in mortgage rates, and the estimated impact on the median household. That sentence probably needs a little unpacking, so here’s a breakdown. 100 bps is the equivalent of adding a full percentage point. If you add 100 bps to 2%, you get 3%. The chart shows how much additional income a household would typically have to devote to servicing their mortgage, since 1980. That is, if it says 9%, it means a household would have to devote an additional 9% of their household income to service the 100 bps rise on their mortgage.

Raising rates by 100 bps would have the largest impact in history. National Bank analysts note that 20 years ago, a hike of that size would have caused a “deterioration of our national affordability measure by 3.5 percentage points.” Today, they estimate the impact to be about 60% higher. The hike would lower the ability to service mortgages nationally, but Vancouver and Toronto are “particularly sensitive” in their opinion.

Toronto’s impact would be more than twice as bad as the national average. A 100 bps increase in mortgage rates would consume an extra 8.29% of income in 2017. That’s an all-time high, and 95% higher than the median impact since 1980. This is drastically different from the all-time low of 3%, when interest rates were substantially higher in the fourth quarter of 1980.

Vancouver real estate owners would be impacted the most in the country. A 100 bps increase to mortgages would consume 9.23% of income in 2017. That’s also an all-time high, and 83% higher than the median impact since 1980. That’s more than three times the impact it would have had, at the low obtained in 1980.

To contrast, a city like Montreal would see a smaller impact than the rest of the country. A rise of 100 bps would consume 3.32% of income in 2017. This is below the all-time high, which would have been in the second quarter of 2010. The impact would be 13.85% lower than the median impact since 1980.

The impact would be felt around the country, but Toronto and Vancouver are the most “sensitive” to a rise in rates. NBC analysts also noted this, combined with the OSFI’s new stress testing of uninsured mortgages, lead them to believe home prices are “poised to experience home price declines in 2018.”