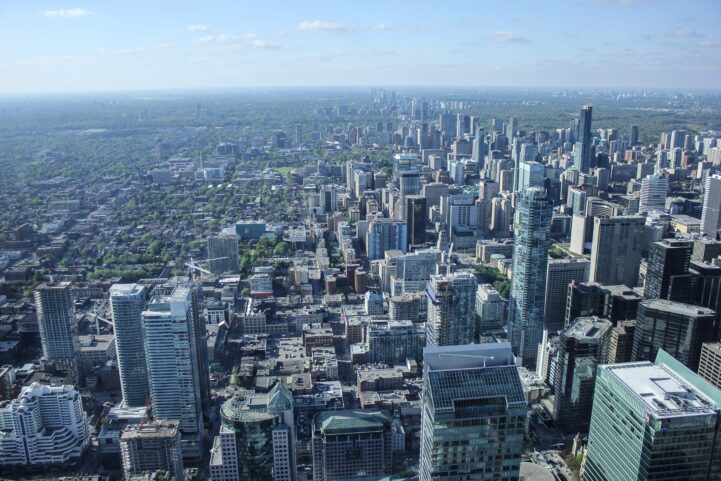 The average sale price of Canadian real estate is falling, and fast. Canadian Real Estate Association (CREA) numbers show the average price of a home is down 11.3% in April 2018. Most of the declines are being attributed to the country’s largest and fastest falling real estate market – Toronto. Yeah, I haven’t heard of it either.

The rumors are true, average prices aren’t great for determining how much you’ll pay for a home. When the range of distribution for sales is normal, the average price is a very effective measure. However, when the range of distribution is wide, it will tend to skew higher and lower, depending on extremes. That is, extremes to the high and low of prices can skew the number in either direction. It’s still a useful indicator if you know what you’re looking for.

The average price can be a useful proxy for dollar volume, and upgrade flow. After all, CREA only deals with resales. Usually people that sell will be upgrading, buying a more expensive home as well. This typically sends the average higher. If people are selling, but have no plans on buying again in this market, you’ll see the average slide. Who sells and doesn’t plan on buying again you might be asking? At least a quarter of people planning to sell in Toronto this year.

Vancouver Has The Highest Average Sale Price In Canada

The average sale price of all homes in Canada by major CREA regions. In Canadian dollars.

The percent change of the average sale price (ASP) of all homes in Canada by major CREA regions.

The average decline in prices across the country is being attributed to B-20 Guidelines. The Guidelines subject uninsured mortgage borrowers to undergo a stress test. This reduced the maximum size of a mortgage people could borrow. Some have claimed the stress will have minimal impact on borrowers. However, the Bank of Canada estimates over 81,000 buyers last year would have been impacted by the new rules.