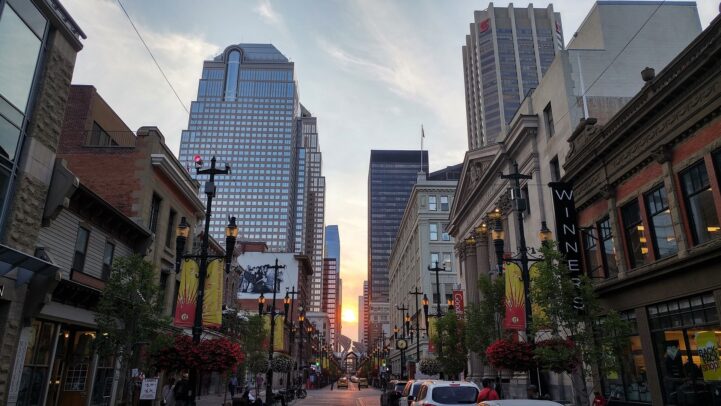 Canadian household debt issues are surfacing in some of the country’s largest cities. Office of the Superintendent of Bankruptcy (OSB) filings show an uptick in a few urban markets in Q1 2019. The uptick was most notable in Toronto, Vancouver, and Calgary. In the opposite direction was Montreal, which is seeing insolvency filings drop to the lowest level in years.

Canadian insolvencies can be broken down into two types – consumer proposals, and bankruptcies. Consumer proposals are a formal filing made to settle your debt, at less than owed and/or over a longer timeline. Bankruptcies are when a borrower hands over assets, in exchange for a discharge of debt. Most people assume few insolvencies mean everything is great. Not exactly.

Insolvencies are a symptom of economic issues, not the cause. It’s often thought of as a leading indicator, but much like mortgage defaults, it often lags the trend. When times are good, credit is easy and assets rise in value. Households can refinance easily, or use their HELOCs, to conceal financial distress. When this happens, insolvencies look unusually low – because they’re building up.

When times are bad, equity to draw on disappears and credit becomes tighter. Asset values start to drop, and that wiggle room disappears. The more debt a household has, the harder it becomes to accommodate a sudden change in finances. This is when we see an uptick. That uptick becomes even more sharp in the even of economic shock like recession.

Insolvencies are climbing across Greater Toronto. There were 3,885 insolvency filings in Q1 2019, up 12.45% from the same quarter last year. A breakdown shows 1,021 of the filings were for bankruptcy, down 4.67% from last year. The other 2,864 were consumer proposals, up a whopping 20.13% from last year. This was the biggest Q1 for Toronto since 2013. On the upside, there’s more consumer proposals than bankruptcies.

The number of household insolvencies filed across Toronto CMA, at the end in Q1.

Source: Office of the Superintendent of Bankruptcy, Better Dwelling.\

The number of household insolvencies filed across Vancouver CMA, at the end in Q1.

Montreal, with an unusually high level of insolvency filings, is actually seeing them drop to multi-year low. There were 4,659 insolvency filings in Q1 2019, down 5.23% from the same quarter last year. Of those, 1,981 of those filings were bankruptcies, down 15.34% from last year. The other 2,678 of the filings were consumer proposals, up 3.96% from last year. Bucking the trend, this is the lowest level for Q1 insolvencies in the seven years of bankruptcy data available.

The number of household insolvencies filed across Calgary CMA, at the end in Q1.

Calgary Insolvencies Jump Over 8%, Biggest Q1 In At Least 7 Years

Calgary insolvencies are on the rise this year. There were 1,240 insolvency filings made in Q1 2019, up 8.49% from the same quarter last year. Of those, 487 were bankruptcies, up 28.50% from last year. Consumer proposals represent the other 753 filings, down 1.44% from last year. This is the biggest Q1 for household insolvencies in at least 7 years.

The number of household insolvencies filed across Calgary CMA, at the end in Q1.

Insolvency statistics have been trending lower for years, so it’s not surprising to see a bounce. Toronto and Vancouver, with their heavily indebted households, was expected. Montreal’s drop makes sense, just as its real estate market is picking up after years of slow growth. Although for a city almost twice the size of Vancouver, it has almost 4x the insolvency filings.