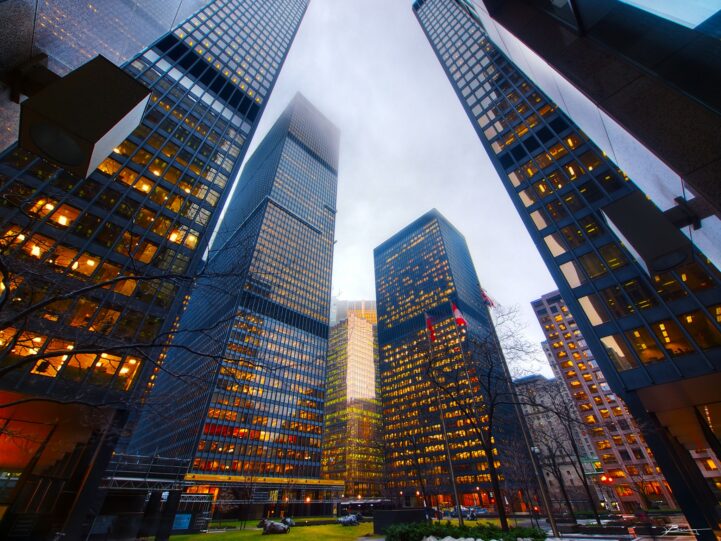 First housing, now everything else. Statistics Canada (StatsCan) numbers show the cost of living is rising faster than anticipated. The Consumer Price Index (CPI), a common measure of inflations, showed a huge jump over the past 12 months. This jump was spread across the country, but Toronto and Vancouver observed even higher than average increases.

The Consumer Price Index and The Cost of Borrowing

CPI is the most widely used measure of inflation in Canada. They take a basket of goods and services, i.e. things the majority of people use, and track the changes in costs. When the CPI goes higher, it means the cost of living in Canada is rising. When it goes lower, it means the cost of living is getting lower (that doesn’t happen often). The number is then used to adjust the real value of wages, pensions, and most important – interest rates.

The Bank of Canada relies on CPI to determine the cost of borrowing, by raising or lowering its policy interest rate. The Bank sets a target for the policy interest rate, which is 2% right now, and makes decisions based on how far CPI deviates. If it’s above 2%, the Bank is likely to raise rates, to slow borrowing. If it’s below, the bank is likely to slash rates, in order to stimulate borrowing. More factors are considered, but this is one of the big ones. It takes six to eight quarters to see the full impact of a policy interest rate change. So don’t expect an above 2% print to result in immediately higher rates.

The rate of CPI for all of Canada spiked in February. StatsCan noted CPI rose 2.16% over 12 months, the fastest pace of growth since October 2014. The cost of living across the country is now 32.5% higher than it was in 2002. Of that increase, 7.99% was over the past 5 years. Despite the huge jump on this month’s read, we’ve been averaging -20.1% below target over the past 5 years.

StatsCan noted there was just a few categories responsible for most of the gains. Main contributors were gasoline, food from restaurants, passenger vehicles, homeowner replacement costs, and mortgage interest costs. A weaker loonie, an increase in minimum wages, and higher interest rates are the principal drivers of these costs.

The Cost of Living In Toronto Is Rising Over 22% Faster

The Cost of Living In Vancouver Is Rising Over 51% Faster

Canada has seen a massive rise in the cost of housing, and since housing is need by everyone – we should expect almost everything to get more expensive. This is especially true for places that depend on services, such as major cities. Despite the relatively high flying numbers we’re seeing from CPI, these numbers are somewhat sandbagged. Both the method of measurement, and even the need for seasonally adjusting data, are often criticized. Both issues often result in under measurement of rising costs.