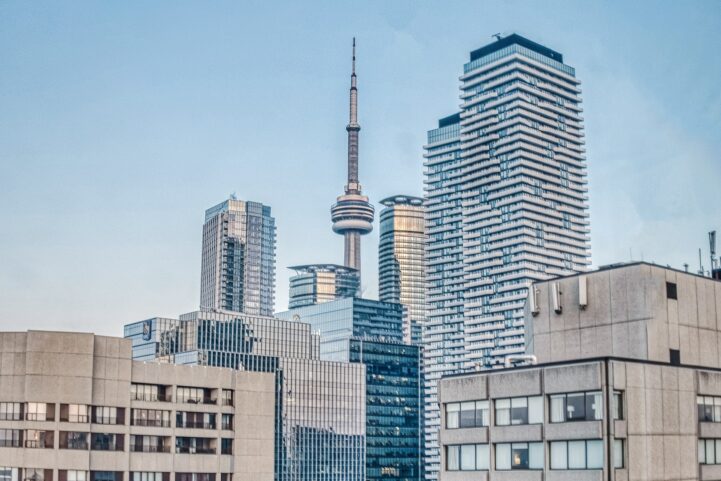 One of the world’s largest real estate brokerages sees near-term risk for Toronto condos. RE/MAX weighed in on the recent market, and observed what a lot of people are seeing – a booming detached market, and a lot of condo apartment supply. The brokerage cites 3 drivers for this trend – urban flight, lower interest rates, and oversupply.

RE/MAX is observing what a lot of markets have seen – urban flight. The brokerage notes people are leaving cities, and settling in rural communities. They cite the lockdown as one of the primary drivers of this trend. They believe this is due primarily to people looking for more space.

Although, this trend is across Canada and the US, even in cities where density isn’t a huge issue. That may indicate work from home is playing a bigger factor – decoupling employees from the city. Whatever the reason behind the trend, it’s leaving some cities with more condo supply, and weaker rental demand. Both are big negatives for a real estate market.

This is a trend driving people away from condo apartments you may not expect – interest rates. Falling rates stimulate home sales, but a unique dynamic is emerging. People are upgrading from condos into detached homes, faster than condos are absorbed. Additionally, credit became so cheap, so fast – it may have made more people skip the condo stage of the property ladder.

RE/MAX is seeing condo inventory rise due to both flight to the suburbs and interest rates spurring more detached demand. The firm cites a decline in short-term rentals, like AirBnB, collapsing as one reason. This has resulted in even more condo owners looking to sell or rent to long-term tenants. Massive amounts of building across the city further complicates this trend, with the firm warning “thousands more to come once new construction is completed over the next two to three years.” Further adding, “…condo prices, as well as rents, are expected to decline in the coming months.”

Generally, Toronto’s condo apartments are seeing a lot of similarities to other major cities across the world. During this pandemic, fewer people are looking to settle into high rise, city living. Instead, various reasons like larger budgets and work from home are helping people move to the suburbs. Toronto does have one major risk most other cities do not have right now – the most cranes in North America. Supply levels are expected to swell, at the same time fees for those units are also expected to climb.