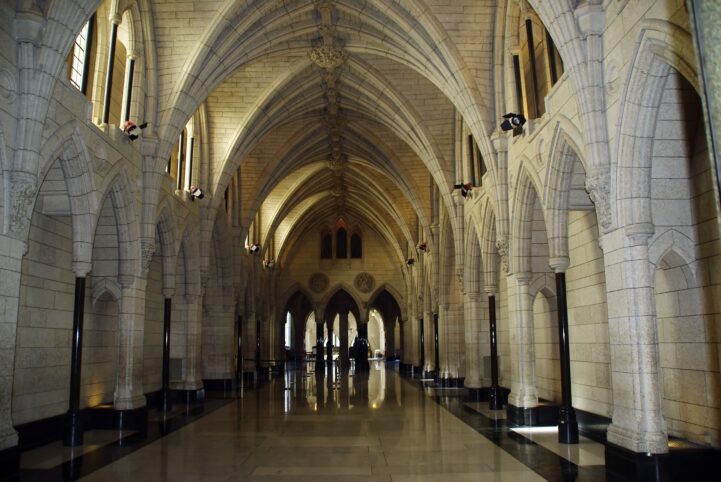 We probably shouldn’t expect stricter rules regarding offshore banking anytime soon. The latest leak from the ICIJ details 175,000 Bahamian companies registered between 1990 and 2016. There’s thousands of Canadians linked to companies there, but one stood out – Francis Morneau William.

The name probably doesn’t ring a bell, but Bill Morneau is the same guy in charge of overseeing our banking regulations. To be clear, he’s not doing anything illegal (that we know of at least). This just highlights how normal it is for Canadians to do business in offshore tax havens.

The leak shows that Morneau was a director at Morneau Shepell (Bahamas) Ltd. from Feb 24, 2014, and doesn’t specify if and when he resigned. Although he did declare he resigned from Morneau Shepell and all of its subsidiaries. So I’m going to assume he did and the paperwork is just not up to date.

Morneau is one of the people that actually do have legitimate businesses there. Morneau-Shepell set up the Bahamas subsidiary in 2014 to consolidate the pension consulting they do in the Caribbean. It’s just a happy coincidence that the Canadian firm gets to reduce taxes by setting up a Bahamas branch.

If you’re worried about conflicts of interests, don’t. His Chief of Staff has been appointed as a screen to prevent any. This employee of Bill is in charge preventing him from accessing information that might be of conflict. It’s a foolproof system apparently, like hiring someone to tell you to stop eating cake. How could it fail?

This isn’t about Morneau, he’s just one of the many people taking advantage of a system we’ve created. For the past 40 years, we’ve been turning Canada into a country to ease offshore banking. People that use these measures are legally moving the tax burden from themselves, to middle class Canadians.

It does suck however to have the watchdog for our financial industry engaging in offshore business. If we can’t convince a member of Parliament that he shouldn’t be sending funds offshore, who can we convince? I’m not sure if Canadians approve of this, or just don’t know. However, it does need to be a bigger discussion.

If you’re wondering why a real estate news outlet is covering tax havens, you might want to check out this article: Canada Fails To Commit To New Anti-Corruption Measures, Real Estate Soars.