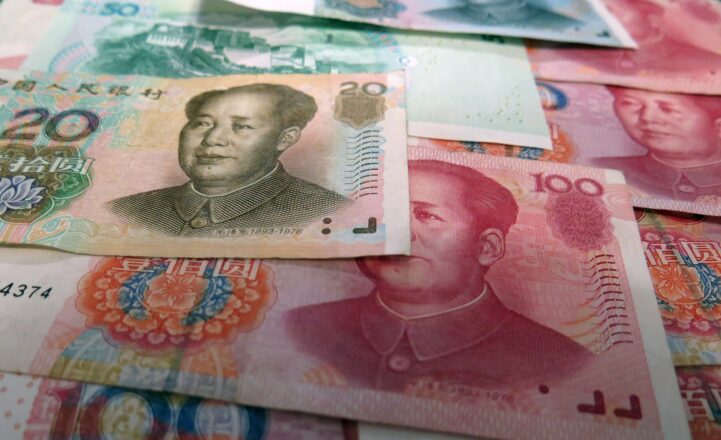 Still hearing rumors that Mainland Chinese buyers are gobbling up every piece of real estate in sight? Probably not, because they aren’t. New numbers from the People’s Bank of China (PBoC) show that China’s fresh capital controls have sent reserves higher for another month.

Who Gives A S**t About China’s Forex Reserves? You Should

Despite China being a massive country, it does not have a fully convertible currency. The local yuan is just useless paper, that has no value unless recognized by the People’s Bank of China. In order to buy anything internationally, the yuan needs to be exchanged to a convertible currency – like US dollars. The convertible currency mostly comes from the pile amassed in the PBoC’s foreign exchange reserves. When it swells, there’s less money leaving the country than entering. When it drops, it means more money is leaving the country than entering it. There’s a little more to it, but we’ve already covered this – so check this out if you still have questions.

China’s foreign exchange reserves rise for the seventh month in a row. Total reserves stood at US$3.091 trillion, a 0.35% increase from the month before. Compared to last year, they’re still down by 2.94%, about US$95 billion, but this is a pretty big improvement compared to the the massive outflow before January 2017. Total reserves are now at the highest they’ve been since October 2016. We said this would wreak havoc on residential real estate markets dependent on Mainland Chinese money, and boy is it ever.

Mainland Chinese buyers are exiting global real estate markets, as quickly as they became the largest buyers. Australia, one of the largest markets for Chinese overseas buyers is seeing them not just disappear, but these buyers are now failing to find financing to complete purchases. This has led to a number attempting to sell pre-construction before the properties register. New Zealand, another hotspot for Mainland Chinese buyers, is now blaming China’s capital controls for a big decline in foreign buying. Toronto and Vancouver have had noticeable declines too.

The only Canadian city still claiming to have foreign buyers is Montreal, which doesn’t track foreign buyers in any way. It’s cute that agents are going on the news to claim they have Mainland Chinese buyers, but I wouldn’t believe it until they put up any hard data. After all, it’s kind of hard to buy real estate without enough to make a deposit. However, it is really easy for an agent to go on the news, and tell everyone that they should buy property before Chinese buyers do. That type of false information is a fear mongering tactic used to push Canadians to panic buy, and I’m calling bulls**t until I see data that says otherwise.