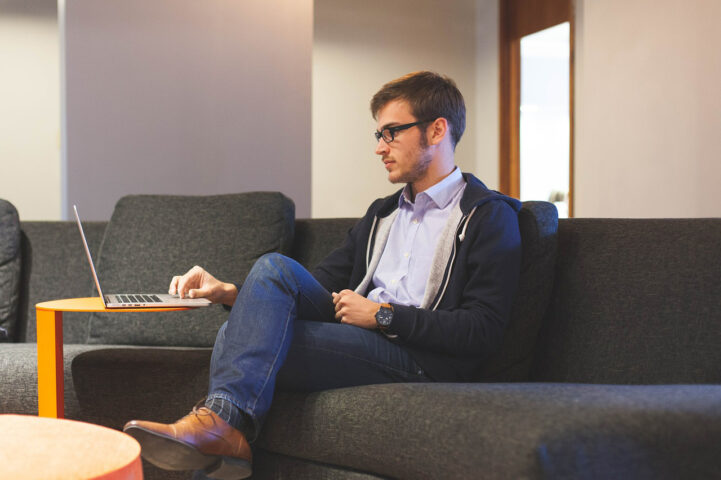 Media outlets portray Millennials as high earners opting to stay home. Sounds nice, but in actuality the numbers tell a very different story. The average Millennial couldn’t save a downpayment before 30, even if they tried.

Number of weeks it would take for the average person aged 24-35 to save a downpayment for a home. The average pay is regionally adjusted, and home prices are a composite average from the appropriately governing real estate board.

The Great Canadian real estate bubble has sent prices soaring in almost all of Canada. Let’s just assume for this example that Millennials bank all of their post tax income, because that’s totally realistic.

New Brunswick would have the best ratio of income to home prices, taking just over a year to save a downpayment. No surprise, but BC is the worst province, taking 3.70 years to save a downpayment. That gets exponentially worse in cities like Toronto (4.11 years), and Vancouver (5.63 years!). Remember, that’s saving all of that post tax income.

Now let’s look at a more realistic scenario, since who can save all of their post-tax income. Judging by the fact that 27% of Millennials need to borrow money to meet expenses, and  21% of them had to take a second job to meet those numbers – it’s clear no one is saving 100% of their income. More realistically, they’re probably saving the 10-15% that should have been going into retirement and using it as a downpayment instead.

That sends the length of that downpayment soaring. That same home in New Brunswick is now 10 years of saving at local incomes, and Vancouver becomes (yelp!) 56 years. That’s right, if you start saving 10% of the average income for a Millennial in Vancouver, you’ll be 80 years old by the time you saved a downpayment. You’ll be 52 if Vancouver prices get a 50% haircut like locals are hoping – so it’s totally doable. This isn’t for single family homes either, it’s a benchmark price that theoretically removes luxury pricing bias.

Downpayment based on a 20% of the benchmark average price for July 2016. Numbers provided by the governing real estate board of each area.

The assumption that you’re making more money by moving to a larger city also seems to hold little to no water. Cities like Toronto have stagnant incomes, with 24-35 year olds facing the brunt of it. In Toronto the group makes 14% less than the same group 30 years ago, and in Vancouver 12 percent less. Turns out the majority of those university degrees probably aren’t paying off financially. Good thing we’re all intellectual and worldly, right?

Boomer’s Should Worry About Retirement

Are you a Boomer thinking this won’t impact you? Well, you’d be wrong. These numbers could mean Boomers will lose a large amount of their net worth in the next few years. According to a BMO survey, 41% of Boomers plan on selling their home for retirement income. If Millennials aren’t able to purchase those homes, downward pressure will be applied. Downward pressure could mean losing out on a lot of that retirement income.

It makes a better story to say Millennials are opting out of the real estate market by choice, but it’s just not true. There’s little to no room for them to take part in the current landscape. Boomers are writing off the participation of young people, not realizing the lasting impact. If Millennials aren’t buying your homes, who are you selling them too when you retire? To protect Boomer’s retirement income and help build stable futures for Millennials, Canada needs to seriously re-consider how Millennials fit into the picture. The myth that they’re thriving and demanding so much more than previous generations is just that, a myth.