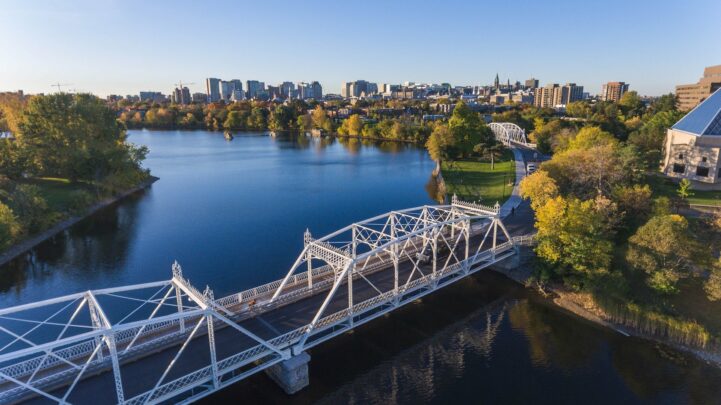 Canadian real estate buyers haven’t been slowed down, and cheap cash may be fueling a new rally – at least for now. Canadian Real Estate Association (CREA) data shows the seasonally adjusted price of typical (benchmark) home, made big increases in June. The growth over the past 12 months has actually been so large, it represents the majority of gains over the past 3 years.

Canadian real estate prices are growing at a breakneck speed in contrast to the past few years. The seasonally adjusted benchmark price for a home reached $623,000 in June, up 0.50% from the previous month. Over the past 12 months, prices are up 5.65%. This may not sound like a lot compared to how some cities have moved, but according to CREA prices are only up 6.36% over the past 3 years. That would mean 88.83% of the price increase over the past 3 years, was realized in just the last year. It’s a lot of growth for a short period of time.

Canada’s biggest monthly price moves were monster increases. Hamilton made the biggest price increase with the benchmark hitting $669,700 in June, up a seasonally adjusted 2.26% from a month before. Quebec City followed with a benchmark of $252,700, up 2.25% from last year. Winnipeg made the third largest move with a benchmark of $277,500, up 1.87% from a month before. Of the three, Quebec City’s movement is the most notable. The monthly increase is so large, it’s actually bigger than the 12-month increase.

There were only three real estate markets to see a monthly price decline, but they were some of the biggest. Calgary made the largest monthly drop with a benchmark of $403,500 in June, down 0.39% seasonally adjusted from the month before. Vancouver followed with a typical home dropping to $1,013,600, down 0.23% from a month before. Toronto was the third market with a benchmark of $852,900, down 0.18% from a month before. Not huge drops, and certainly not movements the size of the gains, but three declines nonetheless.

Canadian real estate prices made substantial gains over the past month, pushing annual gains much higher. Over the past year, prices have moved so quickly, they dwarf the movements of the two years prior. Large markets that have recently outperformed national price movements like Toronto and Vancouver however, are making slower gains – actually rolling back a little last month.