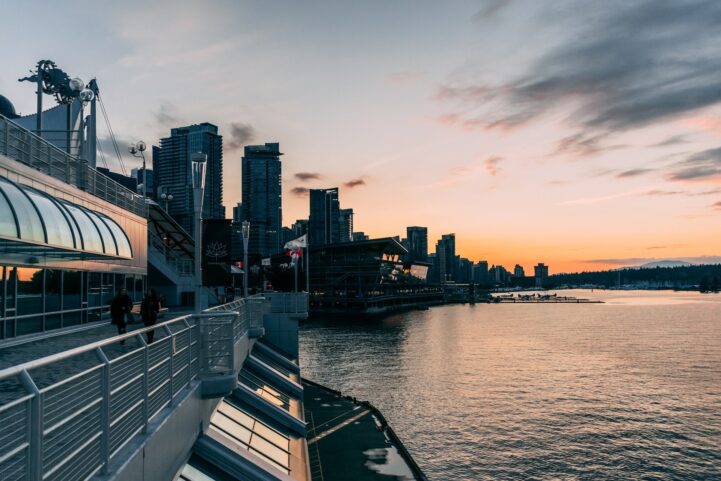 Not quite as direct is the overall assessment rating. A market assessment with a high degree of vulnerability means multiple factors have elevated risk. Yellow means recent vulnerability, and/or persistent breach of risk levels. Low means everything is fine as far as housing activity goes.

Canadian real estate vulnerability is moderate, but varies by location. After 10 consecutive quarters at high, it was downgraded to moderate in May. Regional differences are dragging the indicator higher (or lower, depending where you are). From Toronto and heading West, all major markets are at least moderately vulnerable. East of Toronto, major markets are coming in with a low degree of vulnerability. 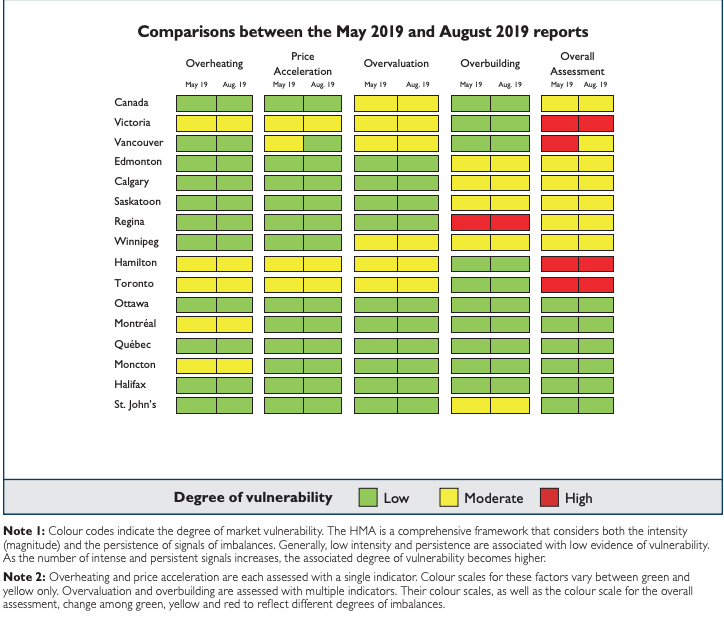 Toronto real estate is highly vulnerable, but due to multiple lower-level vulnerabilities. The market is moderately at risk of overheating, price acceleration, and overvaluation. Analysts believe overvaluation is easing, since prices made a minimal movement.

Vancouver real estate vulnerabilities are subsiding, with the risk downgraded in August. Lower home prices, and a decline in price acceleration were cited as the reason for the drop. The report also expresses few concerns with overbuilding. CMHC analysts aren’t concerned since most of the builds have already found buyers.

Montreal real estate vulnerabilities remain low for the second year. The CMHC believes house prices are moving in-line with economic and demographic factors. Resales are beginning to show some signs of overheating. Analysts use the term “overheating” when sales begin to outpace the number of new listings on the MLS.

The overall impression the organization is giving is the market is improving. Even though they’ve labeled more than half of Canada’s major markets at moderate to high risk. They seem to believe fundamentals are catching up to support prices. Most people would think this is great news. That is, unless you’re American and remember hearing fundamentals caught up in 2007. You’re probably still a little skeptical in that case.