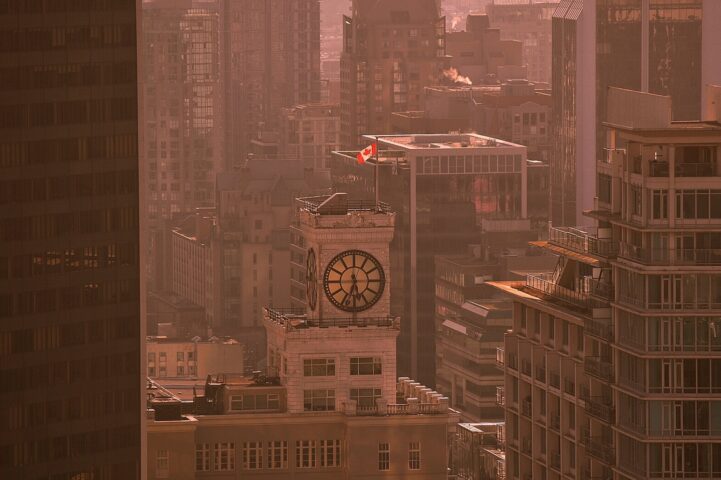 Vancouver real estate continued to cool off, after years of record gains. Real Estate Board of Greater Vancouver (REBGV) numbers show price growth continued to decelerate in September. The slowing price growth is attributed to a rise in inventory, and one of the worst months for sales in decades.

The price of a typical home in Vancouver is slightly higher than last year, but is down from last month. The composite benchmark reached $1,070,600 in September,  down 3.1% from the month before. The change represents an increase of 2.2% when compared to the same month last year. A monthly decrease is normal this time of year, but dropping nearly $13,000 in a month has still gotta hurt.

The annual increase shows an interesting trend of rapidly decelerating price gains. The 2.2% wouldn’t be a bad gain, if it wasn’t the seventh consecutive month of price deceleration. The gain is the slowest for Vancouver since November 2013.

Greater Vancouver real estate sales had one of the toughest month for sales in years. REBGV reported 1,595 sales in September, a 17% decrease from the month before. This represents a 43.5% decrease compared to same month last year. The board noted that this is 36.1% below the average for the September 10 year average. They left out that it’s the worst September in 27 years. Must have slipped their minds.

The number of homes listed for sale in Greater Vancouver  jumped to the highest levels in years. REBGV reported 13,084 active listings in September, a 10.7% decrease from the month before. The change led the total number of active listings to be 38.2% higher than the same time last year. That’s a big change for a market notorious for having scarce inventory.

Fewer sales and more inventory led an important indicator to a threshold level. The sales to active listings ratio fell to 12.2%, just 0.2 points away from becoming a buyer’s market. Generally speaking, prices make year-over-year declines when the ratio falls below 12%. Currently the market is “balanced,” which means little when the ratio is making a rapid decline.

Vancouver real estate prices are are up, but the sudden change of mind from buyers could change that soon. There’s significantly fewer sales this year, as well as much more inventory. Price gains have already fallen close to the level of inflation.