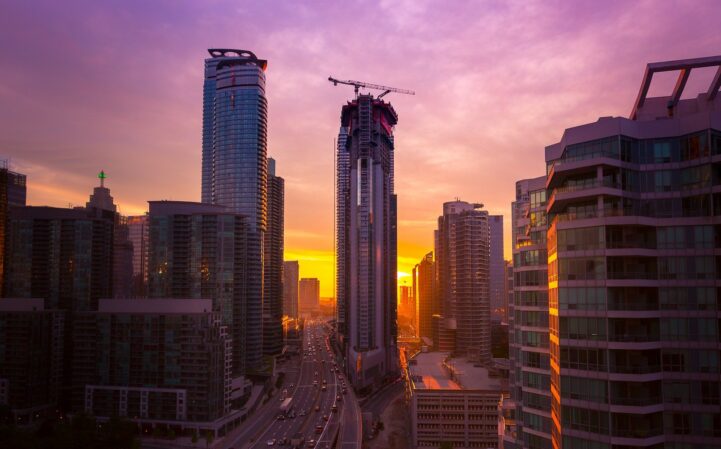 Toronto real estate is been plagued by a chronic shortage of supply… or is it? Recently we’ve been asked by a number of investors and developers whether they’ll be able to profitably create more supply in the Greater Toronto Area (GTA). That’s a tough question, and we’ll get to that on another day. In order to understand that problem, however, we need better estimates of how supply is born. So today we’ll be looking at a predictive model we’ve been working on, that estimates the amount of completions that will hit the market in 2018. At the current rate of construction, Greater Toronto will see over 57,000 new units completed in 2018.

This isn’t meant to be a laser precise catalog of completions. It’s an estimate of how much new construction supply will hit Greater Toronto – and an estimate of when. We combined starts, under constructions, behavioral, and seasonal factors. We then apply it to our predictive new supply model. What we get is a rough idea of how many homes are going to be released into the region. This is the basis of supply and demand analysis, and not a lot of people have done it strangely.

Estimating completion times isn’t a perfect science, ask any developer (or pre-construction buyer). Weather, supply constraints, and even just plain municipal bureaucracy can hold up a project. We did the best that we could to estimate these times, based on how long these holdups have been. We even adjust for typical seasonal delays. It’s probably the most comprehensive predictive estimate most of you will ever see, but it’s not perfect. Some projects will get bumped by a few day (or months), and that happens. That said, on to the data.

Expect a ton of new construction supply over the next year. By our estimates, over 57,674 units should register across Greater Toronto in 2018. To contrast previous years, that’s 59.9% higher than 2017’s completions. To give a long-term estimate, that’s 60.3% higher than the City of Toronto’s annual completion estimates for the GTA, from 2006 to 2015. It’s a lot of supply, but how has this supply contrast to the “growing” Greater Toronto region?

Should you be hoarding because of a lack of supply? Let’s take a quick look at household formation numbers. This will prevent skew from the rise of single person households, who real estate agents tragically assume will never find a partner to move in with. The number of households formed between the 2011 and the 2016 Census averaged 29,241 households. That’s 18% lower than the average annual completion data of 35,978 from the City of Toronto.

Remember, Census numbers don’t capture 100% of the population. However, it would need to be off by almost 20% for there to be a shortage in previous years. Either the Census is completely useless and we should just throw darts at a board, or we’ve been building with a pretty nice buffer to absorb household formation. I’m guessing it’s the latter.

Should you expect lower prices? Not necessarily. Despite what you heard about a shortage of supply over the past few years, looking at the numbers doesn’t really provide any evidence of it. Why did people scramble to pay such a large premium over the past few years? Behavior. People that buy a home once every 10 to 20 years, aren’t perfect at pricing the market. Shocker, right?

Consequently, they’re prone to over and under paying for these things. Will 60% more completions, that are likely to be flipped back to the market, convince them double digit gains are unrealistic? Who the f**k knows. What we do know is, there’s a lot of supply, and even more coming.