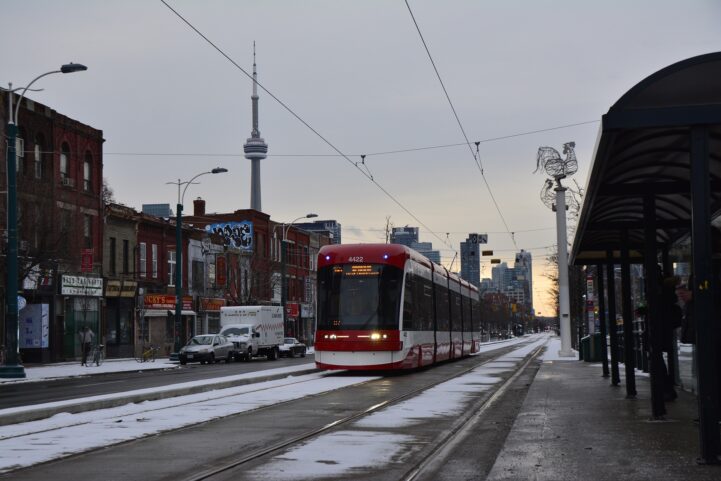 Toronto real estate buyers demonstrated they are still exuberant, but there’s a lot less of them. Toronto Real Estate Board (TREB) numbers show prices climbed in December, but are off peaks. The month also came in at a multi-year for inventory, and the second fewest sales in 11 years. That sales number is likely to be revised to the lowest, but that’s for later. On to the prices.

The price of a typical home across Greater Toronto is down from peak, but higher year-over-year. TREB reported a benchmark price of $761,800 in January, up 2.7% from last year. The City of Toronto reached $840,100, up 5.76% from last year. The vast majority of the gains are attributed to the condo apartment segment.

The median sale price of a home across Greater Toronto made improvements. TREB reported $650,000 in January, up 4% from last year. The City of Toronto reached $647,000, up 10.03% from last year. Once again, the rise here is largely due to a rise in condo apartments in the City.

Toronto Real Estate Sales Are The Second Lowest Since 2009

Revisions to sales numbers are fairly routine, and last year’s January was no exception. If last year’s revision was excluded, sales would be down 0.24% across TREB, and down 6.26% in the City. This is a normal sized revision, that isn’t normally worth mentioning. However, if January 2019 gets a similar revision in a few months, it would be the worst January since 2009. We could be looking at the worst numbers in 11 years, but we won’t know until the dust from last month’s contracts settle.

The market is currently dealing with rising inventory, falling sales, and higher prices. The level of inventory for January is the highest we’ve seen in 7 years. Sales were the second lowest since the Great Recession, and likely to revise to the lowest. The buyers left are still paying higher prices though, showing a disconnect. It’s easy to see why the US Federal Reserve marks Canadians as exuberant, even after a market “cooling.”