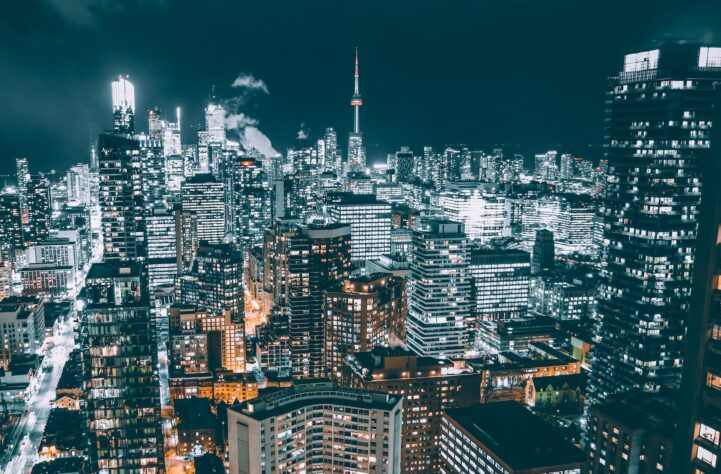 Greater Toronto real estate buyers are back to buying… sort of. Toronto Real Estate Board (TREB) numbers showed the price of a typical home jumped July. The increase came with a large increase in sales numbers, but still fell short of typical for the month.

The annual rate of growth did make an abrupt climb, almost moving vertically. Most of it is explained by a lack of seasonal decline in 2019, compared to previous years. Over the past two years, the composite benchmark has made a seasonal decline in July. This year it did not, turning a monthly increase of just $2,400 into the largest 12 month gain since January 2018. Prices across Greater Toronto are down 2.49% from the all-time peak reported by TREB. Or down 1.83% from the adjusted benchmark published by the CREA.

Greater Toronto real estate saw the average sale price increase last month. TREB sales had an average price of $806,755 in July, up 3.2% from last year. The City of Toronto hit $839,943, up 0.30% from last year. Suburban home prices are seeing the average climb much faster than the City.

Greater Toronto is seeing real estate sales head back towards normal, but it’s still not quite there. TREB reported 8,595 sales in July, up 23.47% from last year. The City of Toronto represented 3,110 of the sales, and is up 20.82% from last year. This is a huge leap towards getting back to typical volumes for the month. However it still fell 6.09% short of the 5 year median average of sales for the month.

The total home sales across TREB by year, for the month of July.

Inventory Falls Across Greater Toronto, Especially In The 905

Greater Toronto real estate sales made a big jump from last year, getting demand closer to normal. It still isn’t quite there, yet. It’s also worth remembering as new builds get cancelled, some buyers will opt for resales. Considering the number of cancellations recently, a portion of demand is likely rehashed.