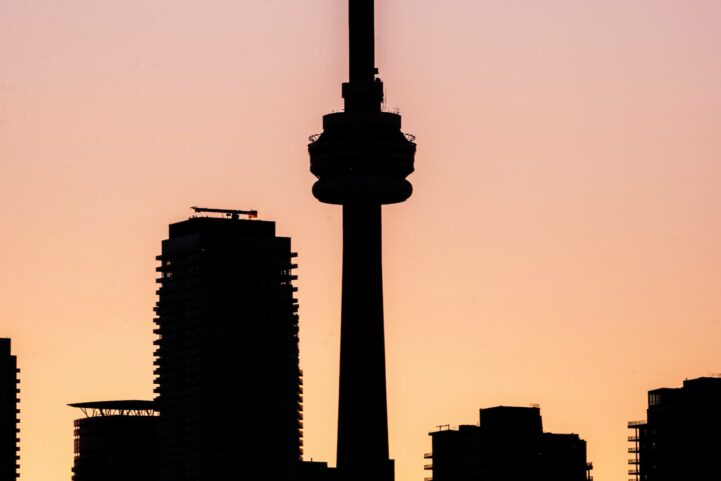 Greater Toronto real estate is feeling the wrath of pandemic, but it’s not exactly clear how much. Toronto Regional Real Estate Board (TRREB) data shows sales made a big decline in April. That much is obvious. Prices are where it gets a little more muddy, with the benchmark price making a big climb from the month before. The median sale price on the other hand, made a very large and abrupt decline.

Toronto Real Estate Prices Rise… or Fall, Depending On The Indicator

The rate of growth for the benchmark quickly decelerated in the month. Both TRREB’s 10.2% increase, and the City’s 10.4% are lower than they were a month ago. Both shaving off a point from a month before. The deceleration was expected this year due to a slow Q1 in 2019, making the comparison much stronger. However, looking at other indicators, there is more to the rapid deceleration.

The average sale price of a home is flat, and slipped a little in the city. The average sale price across the board came in at $821,392 for April, just 0.1% higher than last year. City of Toronto sales had an average price of $881,424, down 2.5% over the same period. TRREB also noted the seasonally adjusted average prices reached $894,745, and is down 11.8% from last year. The median is preferred over the average when looking at real estate prices. The average suffers a similar issue of not being adjusted for a change in sales mix though.

Toronto real estate sales were expected to come in low, but it came in at the lowest level in decades. TRREB recorded 2,975 sales in April, down 67.0% from last year. The City of Toronto represented 1,036 of those sales, down 68.0% from last year. This is the fewest number of sales for April, going through the 25 years of available data from TRREB. It likely goes back further though.

Toronto Real Estate Listings Fall, But Not As Much As Sales

The sales to new listings ratio (SNLR) shows sellers are less deterred from participating in the market. The SNLR across TRREB reached 48.2%, and fell to 46.6% in the City of Toronto. The ratio is technically a “balanced market,” where the market is priced right for demand. However, this trend has deteriorated very quickly. In just February, this indicator was in a seller’s market, when prices climbed. In just two months, it has cooled to the lower end of balanced.

Total inventory made a sharp decline as well, but also not as much as the number of buyers. TRREB reported 10,561 active listings in April, down 41.44% from last year. The City of Toronto represented 3,470 of those listings, down 35.36% from last year. The market isn’t exactly flooded with inventory, but buyers are disappearing faster than sellers.

The reason there’s been a lot of mixed takes on Toronto real estate is because it’s unclear how the market is doing. How it’s doing right now may not even be relevant to how it will do in a few weeks. Low transaction volumes tend to distort price movements. A few panicked sellers can drive prices lower in low volume environments. Likewise, a few panicked buyers can drive prices higher very easily in these conditions. Until the pandemic measures are lifted, and mortgage deferrals expire, it’s going to be extremely difficult to tell where the market is, and where it’s going.