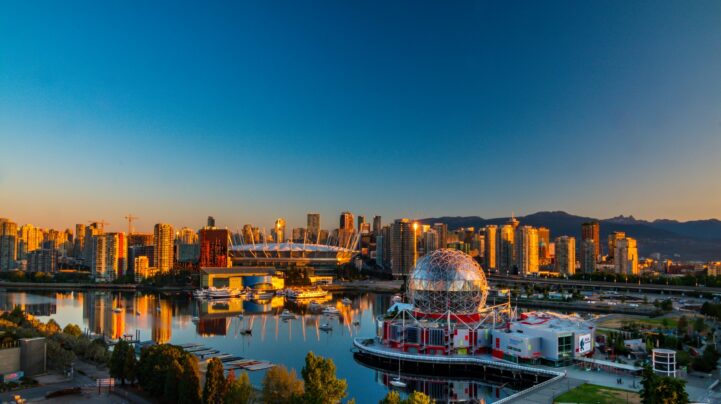 Greater Vancouver real estate is feeling pressure from the pandemic, but how much is up for debate. Real Estate Board of Greater Vancouver (REBGV) sales are down to multi-decade lows for April. That much is clear. Price indicators are all over the place though, with the slow moving benchmark showing the highest price growth in two years. However, the more volatile and responsive median sale price took a plunge on the month.

The Benchmark Price Is Up, But Median Sale Prices Aren’t As Ambitious

The price of a typical home increased, according to the industry’s composite benchmark price. REBGV reported the price of a “typical home” reached $1,036,000 in April, up 2.5% from last year. In the City of Vancouver, Vancouver East’s benchmark reached $1,102,600, up 3.7% from last year. Vancouver West’s benchmark price reached $1,291,900, down 4.1% over the same period. Over the next few months, you’re going to want to pay more attention to some of the more volatile measures of price as well.

For condo apartments, the median sale price made an abrupt decline on the month. Vancouver East’s median condo sale price fell to $541,000 in April, down 8.30% on the month, and just 0.19% higher from last year. Vancouver West’s median condo sale price fell to $745,000, down 5.70% on the month, and up just 1.57% from last year. Median sale prices aren’t adjusted for quality and size, but it’s noteworthy considering how quickly they’re falling. The benchmark is a more fair comparison, but tends to be less responsive as a moving multi-month index.

Greater Vancouver home sales predictably dropped due to the pandemic… but much more than expected. There were 1,109 sales reported across the board in April, down 56.1% from the month before. This represents a decline of 39.4%, when compared to the same month last year. This is the lowest number of sales for the month, going all the way back to 1982.

Inventory Is Falling, But Not As Much As Buyers

The pandemic slowed down the number of sellers as well. There were 2,313 new listings in April, down 47.9% from the month before. This represents a decline of 59.7% when compared to the same month last year. The number of new listings fell, but there was still more than double the number of sales.

The total number of listings fell because there was a lack of new sellers, but the number of buyers fell even more. There were 9,389 active listings in April, down 2.3% from the month before. This represents a decline of 34.6% from the same month last year. This brought the sales to active listings ratio (SALR) to 11.8%, down from 26.3% just a month before. Analysts generally expect prices to fall when the SALR is below 12%, and rise when the SALR is above 20%. By SALR, Vancouver is once again considered a buyer’s market.

Low volume markets like this one, tend to be tough to gauge direction. It  doesn’t take a lot of motivated sellers to make prices fall when volumes are this low. Likewise, not a lot of enthusiastic buyers are needed to push prices higher. The real direction won’t be revealed until pandemic measures are lifted, and mortgage deferrals expire. At that point, we should see what a more long-term balance of buyers and sellers looks like.