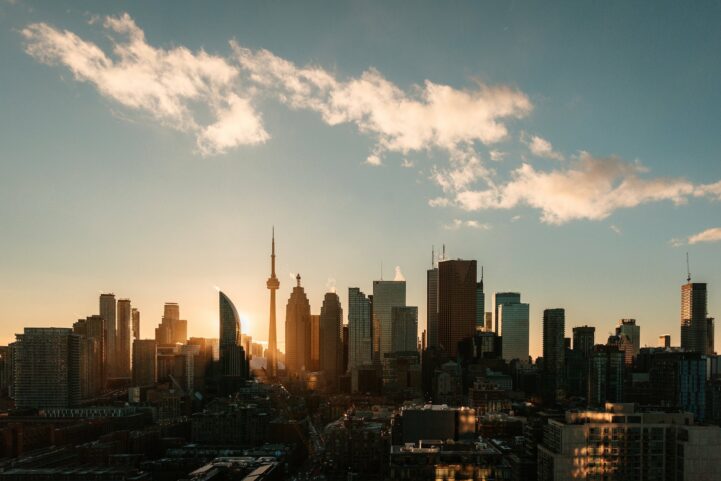 Greater Toronto real estate sales are still frozen by the pandemic, but the inventory ratio is improving. Toronto Regional Real Estate Board (TRREB) described prices as “virtually unchanged” in May. Home sales predictably made a sharp decline, however not as much as inventory – helping to relieve pressure for prices to move higher.

Greater Toronto’s composite price slipped from its record high, but not by much. The price of a typical home across the region reached $870,000 in May, up 9.4% from the same month last year. In the City of Toronto, prices reached $966,900 – rising 9.8% from last year. Huge gains, but compared to a month before – Greater Toronto’s benchmark is down about $100, so not a new record.

The board described this as “virtually unchanged,” but the stagnation at a busy time led to lower growth. The 9.43% annual increase for May is lower than the month before. The rate of growth has now rolled back to the lowest level since January. It’s still high single-digit price growth according to the indicator, but it’s slowing.

Greater Toronto home sales predictably fell to the lowest May levels in years. TRREB recorded 4,606 sales in May, down 53.9% from last year. The City of Toronto represented 1,491 of those sales, down 59.9% over the same period. A drop in sales volume was expected across the country due to the pandemic. However, such a significant decline still has a big macro economic impact.

The number of new sellers listing their homes for sale made a similar drop as well. TRREB reported 9,104 new listings in May, down 53.0% compared to the same month last year. The City represented 3,312 of those sales, down 50.2% over the same period. Despite a similar drop in sales and new listings, total inventory didn’t fall nearly as much. The new listings ratio is technically now in balanced territory, meaning the market is priced correctly for demand at this ratio.

Low volume trends tend to be the most difficult to gain insights from, since there’s fewer points of confirmation. Buyers and sellers are both at a standstill, with payment deferrals relieving immediate pressure to sell. There was a little steam taken out of prices, with the improved inventory ratio abruptly ending upward momentum. It won’t be clear if deferrals force more sellers than the market has buyers, until later this year though. However, experts are expecting to see mortgage delinquencies spike later this year, implying some sellers won’t be interested in liquidation unless forced.