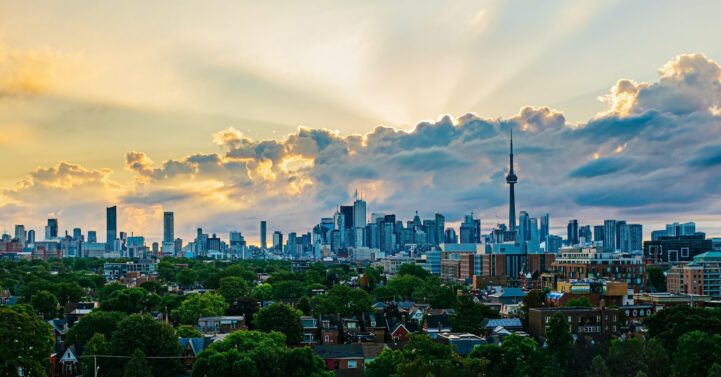 Greater Toronto real estate’s brief pandemic lull is over, and the market is picking up where it left off. Toronto Regional Real Estate Board (TRREB) data shows prices reached a new all-time high in August. The increase comes even as sellers hit the market at a much faster pace than buyers. The suburbs are still leading the market, with the city seeing more and more inventory pile up.

The price of a home in Greater Toronto is up significantly, especially the suburbs. The benchmark price across TRREB reached $890,400 in August, up 11.09% from the same month last year. The City of Toronto benchmark is now $971,800, up 9.34% from last year. Since TRREB is growing faster than the City, this means home prices in the 905 are moving even faster.

The rate of price growth has been accelerating for both regions, and reached the highest level in years. Both TRREB’s 11.09% and the City’s 9.34% rate of growth are higher than the month before. The Greater Toronto number is now above March’s pre-pandemic highs. In fact, TRREB’s rate of growth is the highest since 2017.

The average sale price is somewhere between the benchmark and the median sale price’s rate of growth. TRREB’s benchmark price was $951,404 in August, up 20.03% from the same month last year. The City of Toronto average price reached $1,012,506, up 23.67% from last year. The large increase on this indicator is largely due to the rise in detached sales, relative to condo apartments.

Greater Toronto real estate sales hit a new record for the month of August. TREB reported 10,775 sales in August, up 39.73% from last year. The City of Toronto represented 3,577 of those sales, up 40.11% from last year. Despite the record, this number is lower than the month before, likely indicating a release of some of the pent up demand. The arc of sales more closely resembles a May-June trend, than one seen in August.

The total home sales across TREB by year, for the month of August.

New listings rising faster than sales helped to push total inventory levels higher. TRREB reported 16,662 active listings in August, up 4.99% from the same month last year. The City of Toronto represented 7,391 of those new listings, up 56.22% from last year. This was the highest level of August inventory since 2018.

The total of active home listings across TREB by year, for the month of August.

Greater Toronto real estate more closely resembles a spring market, than a summer one. Sales and new listings are both seeing explosive growth, however it’s somewhat tapered from the month before. Looking at historic trends, it’s kind of like May or June just shifted to August.