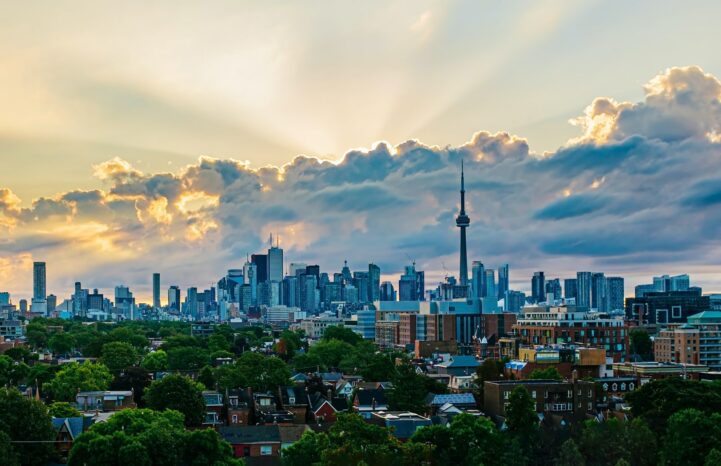 Greater Toronto real estate has seen sales surge, and the detached market is leading the way. Toronto Regional Real Estate Board (TRREB) data shows detached sales nearly reached a record high in August. Most of the activity surge has been in the 905 suburbs, but the City’s buyers don’t seem to have noticed. The City is seeing prices rise at the same rate, despite the market not being nearly as tight as in the suburbs.

The price of a typical detached home is soaring, and it doesn’t really matter where in Greater Toronto. TRREB’s detached benchmark reached $1,054,300 in August, up 11.79% from the same month last year. The City of Toronto benchmark reached $1,267,200, up a relatively similar 11.85% from last year. Both numbers aren’t just very high, they’re growing at a much faster rate than when the economy was doing “well.”

The benchmark price of a detached home is growing at the fastest rate in years. Both TRREB and the City of Toronto’s benchmarks are growing at a similar pace. This is the highest rate of growth since 2017, when the market actually saw new restrictions to contain price growth.

Detached homes sales are still enjoying a delayed spring market. TRREB reported 5,429 detached sales in August, up 50.6% from last year. The City of Toronto represented 1,099 of those sales, up 65.3% from last year. This is just a few units under the record set for August in 2016. Once again, the demand shift from spring to summer due to the pandemic means this is a very different reason. However, to current buyers, it feels the same.

The total number of Greater Toronto detached sales made in the month of August.

New Inventory Is Rising Much Faster In The City

The number of new listings failed to keep up in the suburbs, but showed similar growth to sales in the City. TRREB reported 8,301 new listings in August, up 33.54% from the same month last year. The City of Toronto represented 1,862 of those sales, up 63.52% from the same month last year. This means more pressure on  inventory in the suburbs, reflected in the number of active listings.

The number of active listings, or total inventory, made a significant decline. TRREB reported 7,395 active listings in August, down 25.41% from the same month last year. The City of Toronto represented 1,675 of those listings, down 6.32% over the same period. The 905 is seeing detached inventory fall much faster than the City.

Greater Toronto real estate has been extremely busy this summer, and most of that activity has been in detached markets. Despite the 905 becoming a much tighter market than the City, both are seeing prices rise at the same pace. This likely indicates cheap money and exuberance are much bigger influencers in the City than the suburbs.