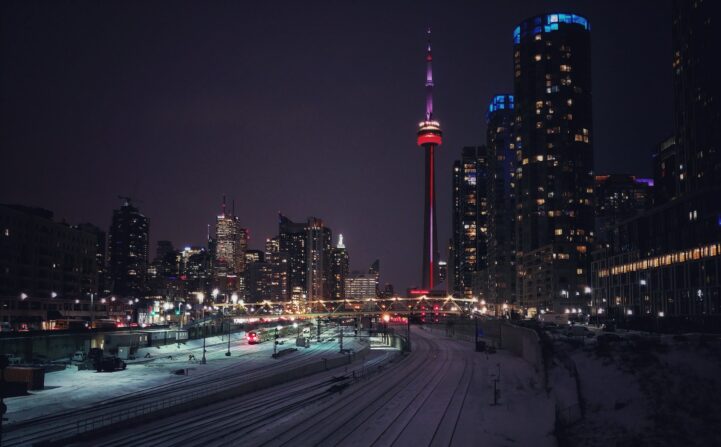 Greater Toronto real estate is off to the strongest year since the 2017 boom. Toronto Regional Real Estate Board (TRREB) data shows much higher prices in February. The increase in prices were largely the result of many more sales, and fast falling inventory.

The benchmark price of a home in Greater Toronto reached a new all-time high. The industry’s “typical” price indicator reached $846,100 across TRREB in February, up 10.19% from last year. The City of Toronto benchmark reached $932,500, up 9.40% from the same month last year. Breaking it down, condos pushed another all-time high, but single-family homes are still down from the peak for now.

The benchmark’s rate of growth is back to higher than usual growth. Price growth has had month-over-month acceleration since May 2019. At 10.19% higher than last year, this is the strongest move for the composite since October 2017. Even looking at the historic trend, this level is virtually unheard of prior to 2015.

The average sold price is making big gains as well, as the luxury market returns. TRREB’s average sale price of all homes hit $910,290 in February, up 16.64% from last year. The City of Toronto average hit $989,218, up 17.73% from last year. Averages aren’t adjusted for size or quality, so they aren’t particularly helpful for determining prices. They are better suited for getting an idea of how dollar flow is moving into the market though.

Last month was a big one for sales, but not quite at the boom time volumes we saw a few years ago. TRREB reported 7,256 sales in February, up 44.39% from a year before. City of Toronto properties represented 2,477 of those properties, up 31.82% from last year. The volume of sales made a big increase from last year, but that’s compared to an usually weak month. This month is the highest since 2017 and bigger than typical, but not quite as big as the growth might make it seem.

The total home sales across TREB by year, for the month of January.

Toronto is seeing more new inventory, but not nearly enough for the sales volume. TRREB reported 10,613 new listings in February, up 7.99% from a year before. The City of Toronto represents 3,519 of those units, up 6.60% from last year. That’s a substantial increase from last year’s volume. However, it’s not even close to the increase seen in sales. This is leading to a much tighter market for sale volumes.

A lot fewer new listings in contrast to sales means the inventory is getting even tighter. TRREB reported 8,816 active listings in February, down a whopping 33.63% from last year. City of Toronto listings represents 2,720 of the listings, down 30.82% from last year. The 905 is seeing inventory drop faster than the city, but both are seeing big declines. This is the lowest level of inventory for the month since 2017.

The total of active home listings across TREB by year, for the month of January.

Generally, the Toronto real estate market saw higher prices, more sales, and less inventory. The sales bump sparked by double cohorting buyers delayed by B-20 Guidelines, is materializing into big price growth. Since no one wants to sell while their house prices are rising quickly, this could be a tight market this spring.