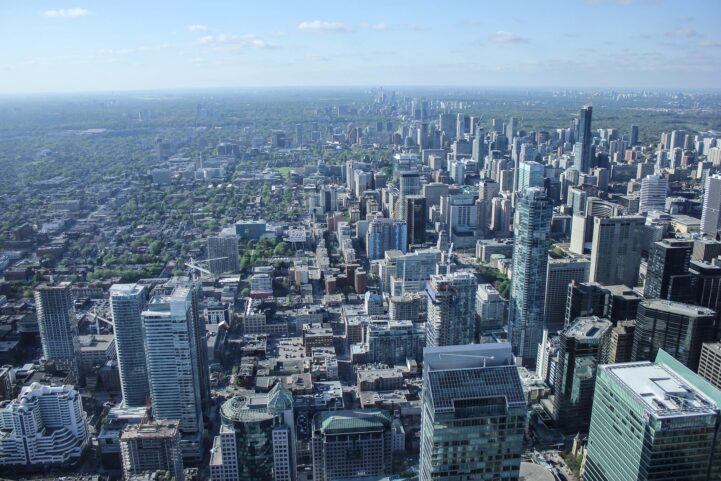 Toronto’s detached real estate market is showing signs of stabilizing – relatively speaking. Toronto Real Estate Board (TREB) numbers show prices are officially on the rise in March. Meanwhile, the 905 and city, head in opposite directions with sales and inventory.

Detached prices in Greater Toronto moved a little higher, according to the benchmark. TREB reported the benchmark (a.k.a. a “typical home”) hit $923,000 in March, up 0.08% from the same month last year. The City of Toronto benchmark reached $1,120,200, up 1.79% from last year. The increase isn’t much, but it is a big leap from the month before.

The annual pace of growth is small, but it made a huge jump to arrive at that number. TREB’s 0.08% and the City’s 1.79% increase are an abrupt and large change in direction from the prior month. Large changes aren’t typically seen in the benchmark, considering they are multi-month numbers. As stated earlier this month, this may have to do with a seasonal adjustment distortion. No other pricing indicator made an abrupt climb. In fact, none of the board’s other major price indicators showed a rise at all.

Detached Sales Rise In The Suburbs, Fall In City of Toronto

Greater Toronto sales of detached homes are on the rise, in the suburbs at least. TREB reported 3,230 sales in March, up 3.52% from last year. The City of Toronto represented 671 of those sales, down 4.95% from last year. Sales a rising in the 905, but falling in the City of Toronto. Sales across Greater Toronto are 26.3% lower than the median over the past 10 years. This is also the second fewest sales for March in the past decade.

Detached Inventory Falls In The 905, Rises In The City

The impact of new listings dropped total inventory in the 905, but wasn’t enough to keep the city from rising. TREB had 9,361 active detached listings in March, down 3% from last year. The City of Toronto represented 1,750 of those listings, up 6.57% from last year. The 905 is seeing inventory drop, while the City’s lingering listings pushed the total higher. The number of active listings is 17.36% higher than the median over the past 8 years (as long as publicly available), and the second highest in that period.

The Greater Toronto detached market is stable, relative to last year. Prices are moving higher officially, but there’s a good chance it was a statistically anomaly. No other price indicator showed an increase, so watch the number carefully. What we know for sure is inventory is higher than usual, and sales are lower. The great inventory crunch is over, now let’s see how buyers react with prices.