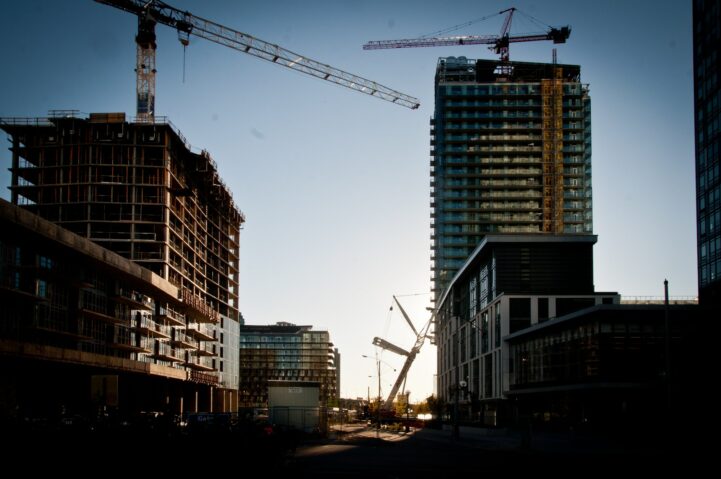 Greater Toronto Sales Rise Over 32%, But Far From Normal

Greater Toronto real estate sales made a big climb from last year, but are still well below normal. There were 3,352 sales in June, up a massive 32.22% from last year. While a huge climb, it was still 10.63% below the average for the month of June. This is the second slowest June since 2013, which was a notoriously slow year.

The past year of new home sales has been busier than last year, but once again still not up to typical levels. There have been 17,086 sales year to date ending June, up 42.50% when compared to the same period last year. This number is down 21.05% from the 10 year average for the same period. Other than last year, a year hasn’t been this slow since the Great Recession. The takeaway is less about this year’s growth, and how slow it was last year.

City of Toronto new home sales continue to decline. The City represented 1,220 of the new home sales in June, down 5.79% from the month before. That doesn’t seem all that bad, until you realize it’s a 53.70% decline from June 2017 numbers. Virtually all of the sales were condo apartments, representing 1,214 of the sales, down 5.67% from last year. Condo sales for the month are down a similar 53.89% from June 2017. This means the massive climb we’re seeing in sales year-over-year is completely driven by the 905.

Greater Toronto has a lot more inventory, relieving pressure on prices to move higher. There were 19,062 new homes for sale in June, up 25.55% from the year before. Condos represented 14,377 of those homes, up 39.11% from last year. Single-family homes represent the remaining 4,685 homes, down 3.36% from the year before. This is a level of inventory not seen in the region since 2016,  but with fewer sales to match.

The sales to active listings ratio (SALR) made a small climb, but still remained similar to last year. The ratio reached 17.58% in June, up 5.26% from last year. To contrast, this ratio was at 52.87% in June 2017. Generally speaking, when the SALR is above 20% the market is a seller’s market, where prices are expected to rise. When the ratio falls below 12%, the market is a buyer’s market, where prices are expected to fall. Between 12 and 20 and the ratio is balanced, and prices are right for the demand. By this measure, this would mean expect little to no growth – the market is priced correctly. The ratio is just a guideline for comparing relative demand however, so don’t use it as a single reference.

Greater Toronto new home sales improved, but are still below average for June. YTD sales are up, but also the second fewest sales since 2009. There’s improvements on a year-over-year basis, but it’s generous to say sales are back to normal. All growth observed is now coming from the 905 now, which is also a big shift.