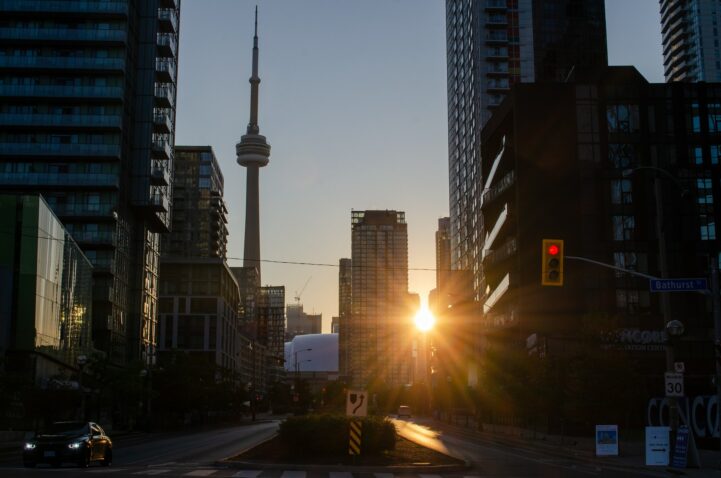 Greater Toronto new home sales are on fire, everywhere but in the actual city. Data from Altus Group and BILD GTA shows new home sales had the biggest July in over a decade. Surprisingly, this trend is driven almost exclusively by suburban home sales. In the City of Toronto, new home sales have dropped by nearly half, despite the 905 setting new records.

New Home Prices Rise, But Condos and Houses Now Down From Peak

Both segments are down from their peak, and condo apartments are seeing deceleration. Single-family homes are up 18.5% from last year, but still down 9.08% from their 2017 peak. Condo apartments are up 18.5% from last year, but down 0.54% from the peak reached in June. The rate of growth increased for single-family homes, which was just 3.9% in June. Condos are seeing growth decelerate, falling to 18.5% from 24.2% the month before. A lot of this trend is explained by the shift to single-family buying.

Despite A Record July, Toronto New Home Sales Are Lagging

Pent up demand, that was created from a period of artificial restraint, is responsible for the surge. There were 17,616 new home sales across Greater Toronto from January to July. This represents a decline of 11% when compared to the same period last year. The rise seen in July is most likely people forcefully delayed by the pandemic, a form of momentum difficult to carry over.

The rise in sales is really a 905 story, as new home sales in the City of Toronto plummet. The city only represented 783 of the sales in July, down 43% from the same month last year. Single-family homes were 36 of the units, up 5% from last year. Condo apartments dropped to 747 units, down 44% from last year. Despite a record month for sales, new homes in the City dropped to nearly half the volume seen last year. This is a trend that was also reflected in last month’s resale numbers as well.

The spike in sales and lack of new releases helped to tighten the sales to active listing ratio (SALR). The SALR reached 25.63% in July, compared to 22.24% last year. This indicates the market is tighter, and therefore there’s pressure on prices to rise. However, most of this pressure is in the 905, where the ratio is much higher.

The ratio of sales to active listings for new homes in Greater Toronto, for the month of July.

New home sales are soaring across Greater Toronto, but it’s mostly a 905 story. Similar to what we’ve seen with resale homes, suburban demand has been driving the market. Meanwhile in the city, the primarily condo-based market is seeing demand decline. If pent up demand is behind the sudden surge, the rally should wear out as the year progresses.