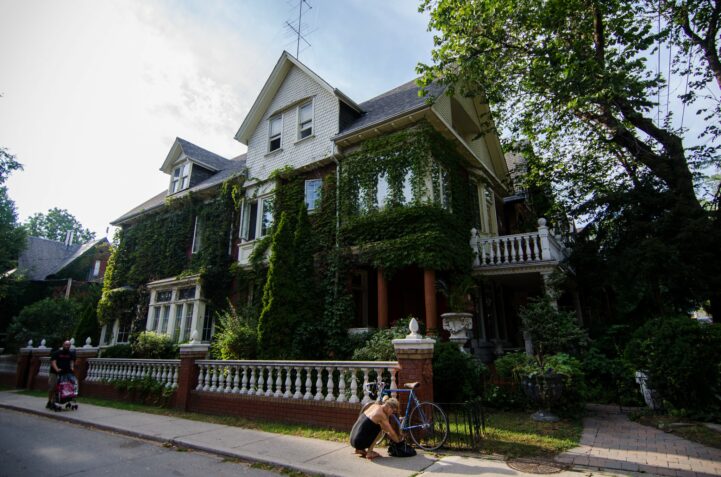 The other day I read that Toronto real estate was scorching hot in the luxury segment. Not just scorching hot, but a piece in the Toronto Star quoted a Realtor saying homes over $4 million experienced a whopping 95% increase – which sounds like the market is so hot you shouldn’t even look directly into it. Although not once did they mention how many homes 95% actually is…is it 1,000 more homes, 100…heck, is it 2? This is a common sales tactic often meant to obfuscate real numbers to make them sound more impressive, so I thought I would pull the actual luxury market stats to see how healthy the trend is in real numbers.

Luxury real estate is mostly just a marketing term, with little to no rules on how the term is used. Christie’s, the famed auction house that dabbles in luxury real estate, claims it varies from $750k to well over $5 million depending on the market. In global economic hubs like Toronto, they define luxury as properties costing US$3 million or higher. The Toronto Real Estate Board (TREB) lumps in all properties above $2 million in the luxury group, so unfortunately we’ll have to use these sales numbers, and use a slightly more generous grouping.

The market for luxury detached homes in Toronto actually is experiencing solid growth. 2016 saw 2,925 sales of detached properties over $2 million, an 89% increase from the year prior. That’s 1,383 more sales than in 2015 if you’re curious. The same segment from 2014 to 2015 experienced 43% growth, 463 more units than the year before that. It’s pretty safe to say this trend isn’t bulls**t.

The luxury condo segment experienced growth too, although it’s less clear if this is a trend worth banking on. Sales increased 26% in 2016 when compared to the year prior. Solid change, but not quite as good as the 42% growth experience the year before. This seems pretty amazing that so many people are dropping large wads of cash on super expensive condos, until you dig a little.

This segment is really small. In 2016 only 102 condos were sold that were priced above $2 million. This means that 26% growth represented 21 sales, or growth of less than 1 every 2 weeks. The year before that where there was 46% growth means there were 24 sales. In my opinion, the number of units sold isn’t really enough to conclude growth, or even a decline if it were to reverse tomorrow.

The breakneck growth of Toronto’s luxury real estate is somewhat tempered when you look at the real numbers. However single-family luxury detached homes displayed a stronger basis to conclude a trend. High-priced condo units are a different story. There aren’t enough units being sold at this time to conclude that there’s strong demand for them, so consider that before pulling the trigger on an a sky-high, luxury investment property.