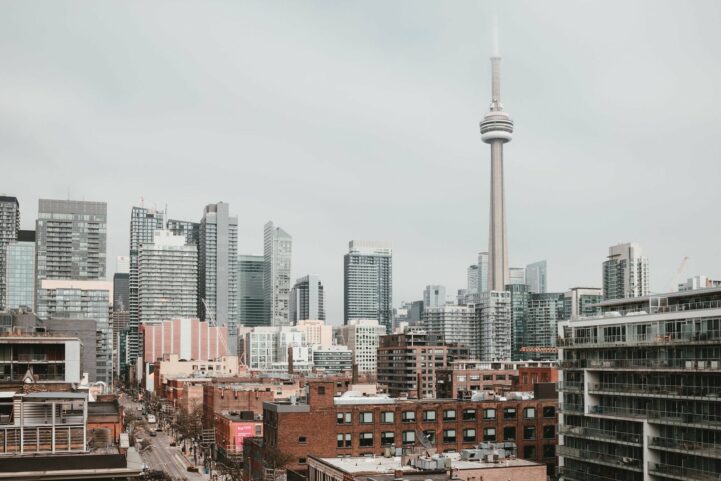 Toronto real estate is seeing sales bounce, just not in the condo market. Toronto Regional Real Estate Board (TRREB) data shows condo apartment sales had the weakest June in over a decade. This led to prices falling from peak, as inventory went in another direction – hitting the highest level in almost four years.

The rate of growth peaked a few months ago, and there’s been rapid declaration for Greater Toronto condo apartments. The annual rate of growth peaked in March for both benchmark numbers. Prices are significantly higher than the same month last year, but have also been slipping since the pandemic. Condo benchmarks are down 1.59% from the peak reached in May 2020. According to CREA, prices are down 1.51% when seasonally adjusted, from the peak reached in April.

Slowest June For Greater Toronto Condo Sales In A Decade

The number of condo apartments sold in the month of June, by year.

Despite the lack of sales, a significant number of people have decided to sell their condo apartment. TRREB reported 4,525 new listings for condo apartments in June, up a massive 35.76% from a year before. The City of Toronto represented 3,269 of those sales, up 35.6% over the period. This is the biggest single month surge of new listings since May 2017, and only two months in the past half decade have seen more new listings.

Fewer sales and more new listings led total inventory, or active listings, of condos to a multi-year high. TRREB reported 4,320 active listings in June, up 16.5% from the same month last year. The City of Toronto represented 3,070 of those listings, up 20.6% over the same period. This is the highest level for active listings since July 2016, and the sixth consecutive month this number has climbed.

Greater Toronto condo prices have only fallen for a single month, but the reason why is something to look out for. Sales haven’t recovered fully, but inventory is rapidly increasing to relieve pressure on rising prices. This is the trend everyone from large banks to risk advisory firms warned would lead to falling prices. If this continues as the year progresses, as anticipated, prices are likely to soften further.