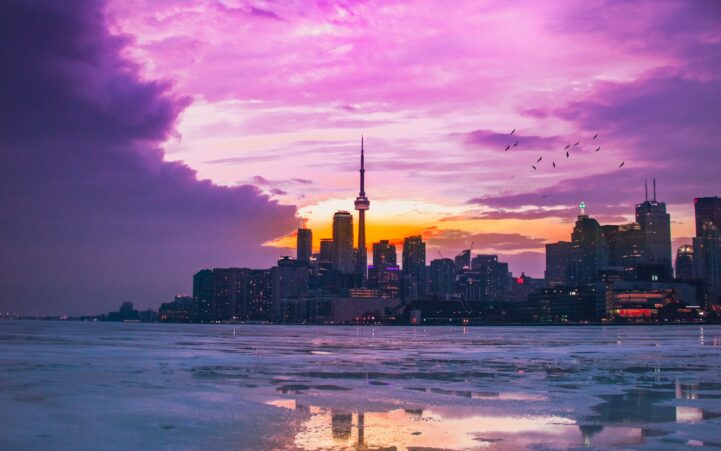 Toronto is seeing condo apartment prices rise very quickly these days. TREB reported the typical, or benchmark, condo price hit $558,000 in December, up 9.48% from the same month last year. In the City of Toronto, the benchmark reached $590,100, up 9.07% from last year. Condo apartments are at a new all-time high according to the benchmark price.

The rate of growth did see a bump in acceleration, but it was the first in a while. TREB’s 9.48% growth rate only dropped one basis point from the previous month. However, the City of Toronto dropped nearly half a percent from the month before. Now both rates are still very high, and it was the first deceleration in a while. It’s too early to tell if this is a blip or a little resistance to price growth.

The average sale price for Greater Toronto’s condo apartments made a similar increase to the other metrics. TREB reported the average sale price reached $612,464 in December, up 10.454% from last year. In the City of Toronto, it hit $656,233, up 10.41% from last year. Considering these numbers were both substantially higher than the median, there’s a good chance luxury was a big hit last month.

Greater Toronto condo sales increased, but fail to reach typical levels for the month. TREB reported 1,255 sales in December, up 5.91% from a year before. The City of Toronto represents 884 of those sales, up 4.25% from last year. Both regions experienced a substantial increase in volume but failed to reach norms. Last month was still over 14% lower than the median sales volume in the prior 5-years for the month. The drop in sales is largely explained by inventory.

The number of condo apartments sold in the month of December, by year.

Toronto Condo Inventory Was The Lowest In A Decade

December isn’t a big month for listing your home for sale, and last month was no exception. New listings for condo apartments came in at 1,092 across TREB, down 5.29% from a year before. The City of Toronto represented 779 of those listings, down 2.99% from a year before. There were fewer new condo listings than sales last month, compounding pressure on buyers. However, this is a fairly normal thing for the month.

More sales and fewer new listings wore down total inventory, to the lowest level in years. TREB reported 1,660 active listings in December, down 29.39% from last year. The City of Toronto represented 1,148 of those listings, down 23.57% from last year. This is the lowest level of condo apartments available for sale in December, for at least a decade.

Generally speaking, the Greater Toronto condo market saw more sales, lower inventory, and higher prices. The drop in sales is likely due to the scarcity of inventory. Surprisingly, even with the tight inventory, price growth slowed for the first time in months.