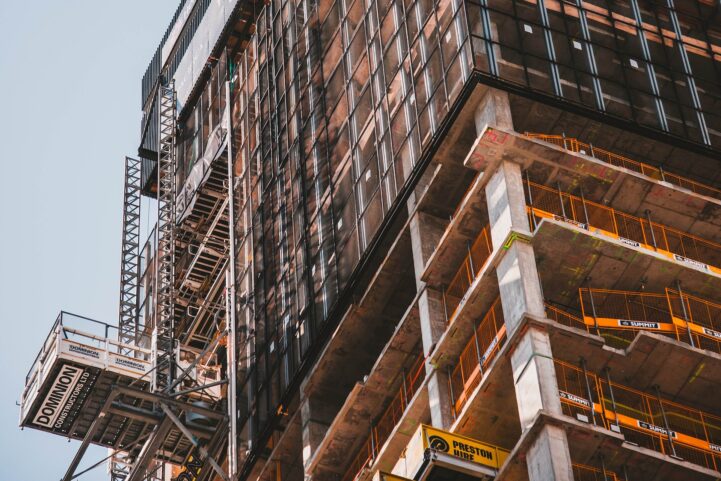 Greater Toronto new home buyers are holding back, especially when it comes to condo apartments. Altus Group data shows prices increased in June, with new condos hitting a all-time high. The price increase was driven by low demand though, as sales almost completely halted. Fewer than one in five new homes were sold last month, and it was even worse for condo apartments.

Last month was one of the slowest Junes for Greater Toronto new home sales in at least a decade. There were 1,934 new homes sold in June, down 42% from a year before. Single-family homes actually saw a significant uptick with 1,160 sales, up 24% from last year. Condo apartments weren’t so lucky, dropping to just 774 sales, down 68% over the same period. The drop in total sales is due entirely to condo apartment demand disappearing.

Breaking down those numbers, the new homes in the City of Toronto are responsible for most of the drop. There were just 420 new homes sold in the City, down 71.31% from the same month last year. Condo apartments represented 414 of those sales, down 71.56% over the same period. There were just 6 single-family homes sold, down 25% – a big drop, but overall not enough units to care. The big takeaway here is the lack of condo apartment sales, which have next to disappeared.

Less Inventory, As Developers Hold Back On New Project Launches

Falling sales meant developers are pressing pause on new launches, and letting inventory wind down. There were 13,863 new home listings in June, down 27% compared to last year. This is the lowest level for June inventory since 2017, but it’s also a very different market from that June. There’s significantly less demand for new homes.

Fewer Than One In Ten Greater Toronto Condo Apartments Sold

The sales to active listings ratio (SALR) dropped to the lowest level in years for the month of June. The ratio fell to just 13.95% in June, down from 17.58% a year before. The ratio for condo apartments is now just 8%, which is when prices typically begin falling. In June 2017, when inventory was last at this low, the SALR was 52.87%. As previously stated, the low inventory is less of a problem with demand disappearing this fast.

Prices are moving higher, but demand is splitting. The issue with this is fewer transactions mean fewer points of validation for market acceptance of prices. When less than 1 in 5 homes are being sold, buyers aren’t necessarily representative of the correct direction of price movement. As for condo apartments, which are seeing a rise of inventory in resales, fewer than one in ten are selling.