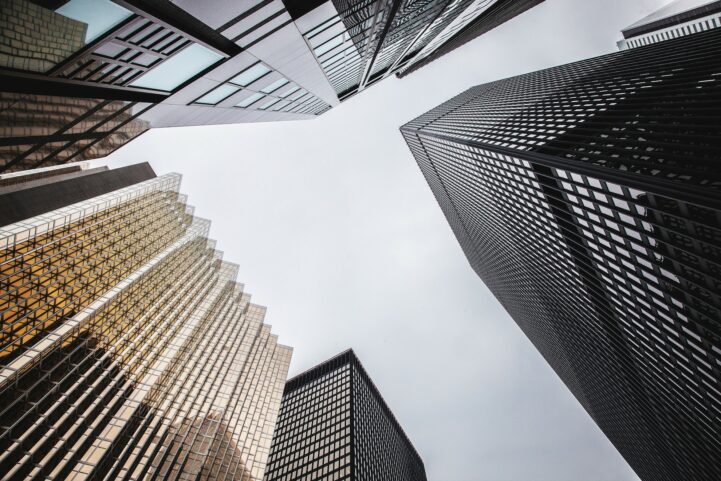 This is a tale of unexplained millions from China, questionable lending practices, all-cash purchases of homes in the Greater Toronto Area, possible mortgage fraud, and many outings to the local casino. The allegations are outrageous, and, if proven, are an indictment of the integrity of our financial system.

A Quick Primer On Civil Litigation

Before we dive in, for those not familiar with the Ontario legal system, here is a brief rundown: in the world of civil litigation, the vast majority of disputes do not see the inside of a courtroom. When a claim is filed there is a process called “discovery” whereby the parties are examined under oath, documents are continuously exchanged, and expert reports are exchanged. The point of this process is to ensure that each side has a decent understanding of the strengths and weaknesses of their position and their opponent’s. The idea is to prevent any surprises should the matter reach the inside of a courtroom. In most situations, a settlement is usually reached once everyone’s cards are placed out on the table.

Litigation is expensive in Ontario and the losing side is often responsible for paying a portion of the winner’s legal fees, in addition to their own. Thus, one needs to think very carefully of the prospects of success before pushing a matter forward. Furthermore, judges and juries can sometimes make findings one may not expect. Litigation is expensive and risky.

If the parties are unable to agree, the matter will make its way through the court system and all decisions, intermediate steps and the final decision, will be made a public record. If there are some unsavoury facts or “dirty laundry” so to speak, the whole world will become aware of them. This case is one of them.

The story begins in 2010 when Ms. Wang and her then husband Mr. Zhang immigrated to Canada from China under the immigrant investor program. Upon arrival, they founded the Yi Hao Investment Company (“YH Investments”) which supposedly was involved in development projects. They arrived with at least six million dollars. How this large sum of money was obtained and how it was brought into Canada is an open question that the court could not answer. The court was further unable to figure out how they sustained themselves in Canada, where neither of them had any employment or businesses, apart from Mr. Zhang’s gambling habit and YH-Investments land development projects.

Ms. Wang and her corporation, YH Investments, brought a claim against several individuals alleging they conspired to commit three mortgage frauds and further claimed that her former lawyer was negligent. It must be stressed, however, that this decision only addressed some procedural steps and did not rule on the merits of the case; however, the court was gracious enough to provide us with an eye-opening factual background.

The details of the transactions are dizzying, baffling and downright outrageous. The court reviewed the affidavit and cross-examination evidence of 16 witnesses. There were too many inconsistencies in the witnesses’ evidence to count, and some witnesses had alternative versions of their own accounts. There were countless attacks on the credibility, reliability and honesty of the witnesses. In the words of the court, “large portions of the evidence have the quality of pulp fiction”. In layperson’s terms, it was an utter s***show.

In the interest of brevity, here is a synopsis of what may have transpired:

In 2011, the Wang-Zhang family purchased a house in Richmond Hill for $1,225,000 in cash with no financing. They separated shortly thereafter but remained business partners.

In 2011, YH Investments purchased a property in Richmond Hill for $900,000 in cash with no financing. The property was split into two lots and new homes were constructed on each lot. Again, there was no explanation as to how this development was paid for.

Also, in 2011, YH Investments purchased another property in Richmond Hill for $1,050,000 in cash with no financing. The existing bungalow was demolished and a new two story was built. Again, there was no explanation as to how this development was paid for.

In 2015, a $900,000 mortgage was arranged for one of the Richmond Hill properties owned by YH Investments. In order to obtain this mortgage from CIBC, Mr. Zhang’s ownership in YH Investment was transferred to another party, Ms. Ding, who is a real-estate agent. CIBC paid the monies to Ms. Ding and she subsequently forwarded it to Mr. Zhang. The court described this as a “very suspicious transaction” (the word “suspicious” appeared multiple times in this case).

In 2016, Ms. Ding acted as the real-estate agent in the sale of one of YH Investments’ Richmond Hill properties. The property was sold for $1.8 million and YH Investments took a third mortgage in the amount of $270,000. After closing, this third mortgage was written off and discharged. In the words of the court: “One malign interpretation of the facts is that Mr. Zhang, aided by Ms. Ding, who would have been interested in earning a commission on the sale, conspired with the purchaser to pull off an ‘Oklahoma’ in which the purchase price is overstated to obtain financing for the transaction.” In other words, possible mortgage fraud.

In 2017, Ms. Wang purchased a home in Vaughan for $2.6 million. She then mortgaged the property for $2.6 million to Royal Bank. For those who do not have a calculator handy, the loan to value is 100%.

There were further convoluted real-estate deals, suspicious mortgage transactions and side deals that one could only shake their head at in disbelief. There were further allegations of theft, forged signatures and fraud.

There are allegations that one of the real-estate lawyers involved in the transactions was professionally negligent, improperly handled mortgage transactions, and breached his fiduciary duty.

Throughout all of this, Mr. Zhang was a high stakes gambler who lost hundreds of thousands, if not millions of dollars. There are allegations of a visit to an illegal casino; meetings with loan sharks; and other seedy conduct. However, we need not delve further into this aspect of the story.

The Defendants alleged that Mr. Zhang was a criminal who somehow got his money out of China and became a money launderer in Canada. The court did not make finding on this point but stated: “it is unknown how Ms. Wang and Mr. Zhang acquired their considerable wealth or how they got it out of China for investments in Canada.”

Keeping an open mind, perhaps this was all one big misunderstanding and the millions that originated from China were legally obtained and legally transferred into Canada by Ms. Wang and Mr. Zhang. During Ms. Wang’s cross examination, she was asked questions about the source of her wealth and her business dealings in China. Ms. Wang’s lawyer instructed her not to answer any of these questions.

Reading this decision, it is fair to infer that the court was bewildered and uncomfortable with the allegations, conduct and transactions that were before it. In a sense, the court was asking one rhetorical question: how on earth did all this take place without any government body, financial institution, real-estate agent or real-estate lawyer throwing a penalty flag?

This case raises many uncomfortable questions. How could all this activity take place without any intervention by our financial regulatory bodies? Has the CRA conducted any investigation as to where all this “unexplained” money came from, and whether all taxes were paid throughout these various transactions? Were any money laundering red flags raised at the banks that facilitated these mortgages? How does someone without a job obtain a mortgage for $2,300,000? How does one obtain a mortgage at 100% loan-to-value from a federally regulated lender? But most importantly, has Canada become so complacent that we are willing to air our dirty laundry and questionable conduct in full view of the public without fear of any consequence?

I’ll let you draw your own conclusions.