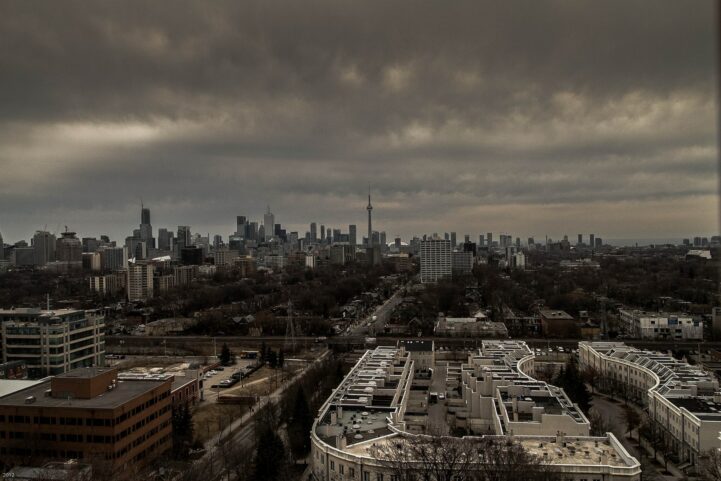 Toronto real estate inventory has been increasing over the past few months, and we wanted to see what kind of sellers we’re looking at. An analysis of properties listed for sale in the City of Toronto show that over 6% were bought less than 18 months ago. While some have ask prices that might prove profitable, we estimate 1 in 3 of these listings are currently looking at a loss.

Composite Flippers Bought An Average of 209 Days Ago

Let’s start with some composite numbers, which is the aggregate of all home types. Just over 6.2% of homes listed for sale in the City of Toronto have land registry records showing they were bought less than 18 months ago. On average, it took 209 days to relist – just a touch over 6 months. An analysis of ask prices show the seller is hoping to make an average of $159,477. Totally legitimate if the properties were renovated to flip, right?

Turns out the vast majority had no improvements. Only 2.3% of listings we could find had any language indicating there was some sort of meaningful improvement. The average renovated property was asking $286,360 more than property records indicate the seller paid. The average unrenovated property was seeking an ask price of $157,215 above the purchase price. Let’s break these numbers down a little.

The above chart shows the average markup on the ask price of property currently for sale, that was bought within the past 18 months. If you’re wondering why the total is just slightly higher than the unrenovated number, it’s because almost none indicated they were renovated. Source: Better Dwelling.

Yes, some are being listed for prices that would imply a loss. Just over 29% of these flips are listed below the price it was bought at. If you subtract the standard 5% Realtor commission on top of that, that potential loss jumps to a whopping 35%.

Detached Flippers Bought An Average of 220 Days Ago

The most popular short-term flip in Toronto right now is detached homes. Sellers took an average of 220 days before relisting. The short-term sellers are asking for an average of $189,284 more than property records indicate they paid. There’s a lot you can do with a detached unit, so it’s no surprise that flippers are asking a premium.

Although almost none of these flippers did anything with them. Only 0.15% of these detached homes being flipped in this time period indicated any meaningful improvement. The renovated flips are asking an average of $304,450 dollars more than was paid. Meanwhile, the unrenovated properties were asking $188,980 more than paid. If the unrenovated units sell for anywhere near ask, there’s very little incentive to have renovated.

Condo Flippers Bought An Average of 187 Days Ago

The second most popular short-term flip was condos. The average flipper here took 187 days before listing after purchase. Flippers are asking for an average of $102,735 more than records indicate they were acquired.

A new paper from the National Bureau of Economic Research (NBER) makes the case that home flippers were the primary driver of the US housing crash. Yes, even more so than subprime borrowers. Now, it’s unclear if these Toronto sellers bought too much house and need to liquidate, or if they bought their homes with the intention of flipping. Either case isn’t great however, and the number of people flipping now exceeds the ratio of foreign buyers in the city.