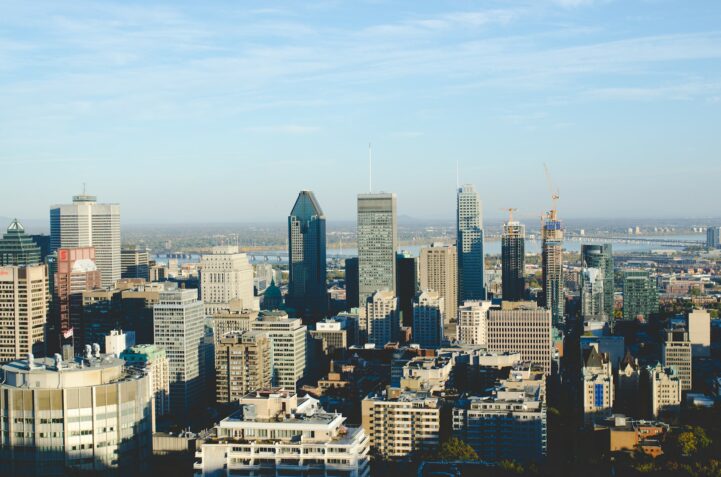 Yeah, breaking news I know. Earlier this month, Federal Finance Minister Francis Bill Morneau (a.k.a. FrannyMo) took action to cool the real estate markets across Canada. It struck me as odd at the time, because as far as I know there’s 33 million people that live outside of the scorching hot real estate markets of Toronto and Vancouver. Are they being subject to the same demand as these two cities?

So we thought we’d venture out of our comfort zone, and see what’s up with real estate across Canada. Here’s how real estate is doing in seven major Canadian markets. 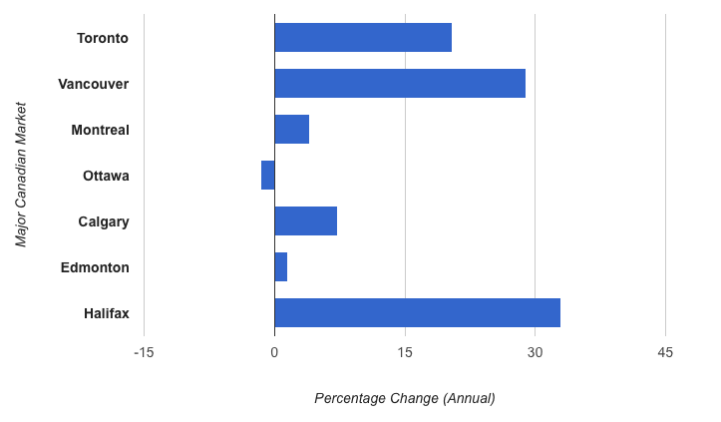 Yeah, yeah. You know Toronto’s super hot. The average price of a benchmark composite home is $755,755, up 6.38% from the month prior. This is a 20.4% year over year increase. It demolished the performance of the Toronto Stock Exchange, which returned -1% in 2015.

If you haven’t picked up a newspaper in the last 20 years, Vancouver is now a resort town for Asia’s super rich. In September the average benchmark home cost $931,900, a -0.1% move from August 2016. Prices increased 28.9% in total from the year prior. Strange for a city with only 600k people, but Boomers are laughing their asses off on the profits.

The city of Montreal has always been a leader in affordable housing. The average benchmark composite home in the city was $304,000 in September 2016. That’s a 0.19% increase from August, and a 4% increase from the year prior. It’s meh as an investment, but great for the people that live there.

The jewel of the oil patch, Calgary real estate gets a lot of hate for its returns, but it does quite well. The average benchmark composite sold for $476,329, an increase of 1.19% from August. That’s also a 7.27% increase from the year prior. A solid price increase, but not so high they need to start importing buyers.

Canada’s murder capital had an average benchmark price of $373,926 in September. That’s a 1.07% move from the month prior, and a 1.52% increase from the year prior. Higher, but not exactly a market that needs a bucket of cold water. In fact, it’s moving at less than inflation, which may be a problem for real estate investors.

The largest city east of Quebec, Halifax is actually the best performing market of the bunch. The average benchmark price was $322,968 in September, a 9% move from the month prior. The total move from 2015 was a whopping 33%. If you think that’s strange, it is. The low cost of land actually has condos going for a similar price to single family detached homes. Despite the monster rise, it’s still only 4x the median household income.

One Size Doesn’t Fit All

As you probably noticed, not all markets are performing the same. In fact, some markets like Ottawa are in decline. So it’s curious to think we need to cool the market from a federal perspective. Making it harder for first time buyers likely isn’t a solution for all of Canada. In fact, affordable markets may have homeowners see unnecessary asset depreciation.

Notably absent from Ottawa’s housing discussion is Millennials, the group impacted the most by these new policies. As a housing blog for Millennials, we want to know what you think? Drop your thoughts and feelings in the comments below. Share this with a friend, we’d love to hear what they think too.